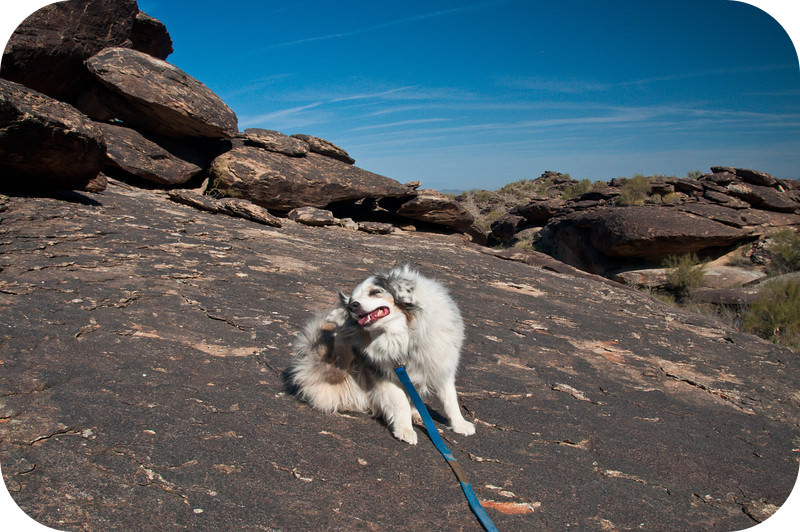 Why is the rock different colors on the surface and in the interior?

Water is an amazing molecule. It has a very simple chemical formula, H2O. It is made of just two hydrogen atoms bonded to one oxygen atom. Water is remarkable in terms of all the things it can do. Lots of things dissolve easily in water. Some types of rock can even completely dissolve in water (Figure below)! Other minerals change by adding water into their structure. Hydrolysis is the name of the chemical reaction between a compound and water.

Carbon dioxide (CO2) combines with water as raindrops fall through the air. This makes a weak acid, called carbonic acid. This happens so often that carbonic acid is a common, weak acid found in nature. This acid works to dissolve rock. It eats away at sculptures and monuments. While this is normal, more acids are made when we add pollutants to the air. Any time we burn any fossil fuel, it adds nitrous oxide to the air. When we burn coal, rich in sulfur, it adds sulfur dioxide to the air. As nitrous oxide and sulfur dioxide react with water, they form nitric acid and sulfuric acid. These are the two main components of acid rain. Acid rain accelerates chemical weathering.

Oxygen strongly reacts with elements at the Earth’s surface. This process is called oxidation. You are probably most familiar with the rust that forms when iron reacts with oxygen. Many minerals are rich in iron. Red rocks are full of iron oxides (Figure below). As iron changes into iron oxide, the iron oxides can also make red color in soils. 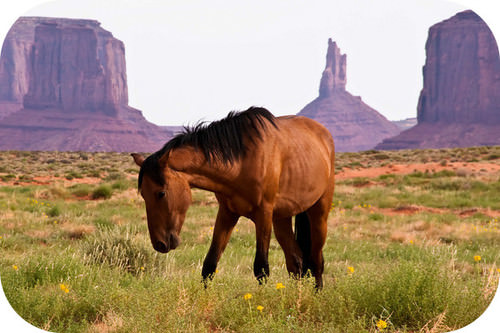 The red rocks of Monument Valley are due to the oxidation of iron in the rock.

Plants and animals also cause chemical weathering. As plant roots take in nutrients, they remove elements from the minerals. This causes a chemical change in the rock.

Mechanical weathering increases the rate of chemical weathering. As rock breaks into smaller pieces, the surface area of the pieces increases. With more surfaces exposed, there are more places for chemical weathering to occur (Figure below). Let’s say you wanted to make some hot chocolate on a cold day. It would be hard to get a big chunk of chocolate to dissolve in your milk or hot water. Maybe you could make hot chocolate from some smaller pieces like chocolate chips, but it is much easier to add a powder to your milk. This is because the smaller the pieces are, the more surface area they have. Smaller pieces dissolve more easily.