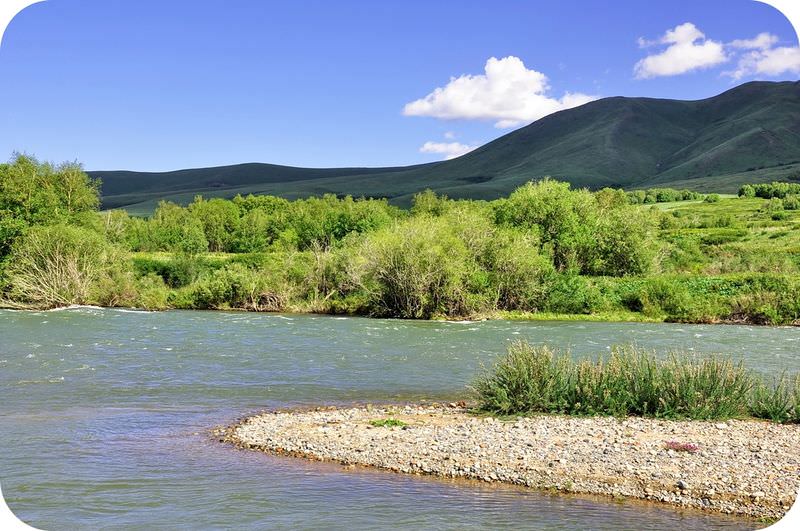 Why is there a pile of rocks in that stream?

A river meanders, causing erosion on one side of its bank. On the other side, sediments are deposited. In this photo of a meander, where is there erosion and where is there deposition?

Sediments move differently when carried by water, depending on their size; this is illustrated below (Figure below). 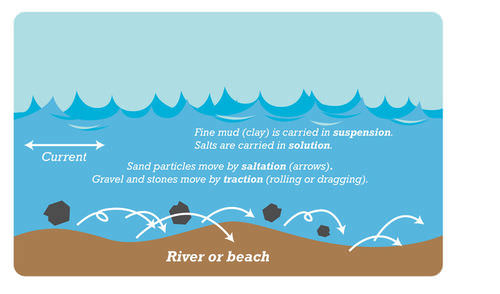 Sediments are carried as: 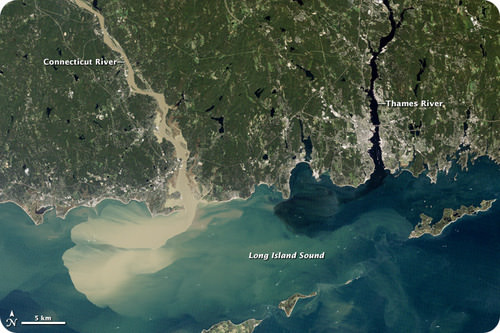 The Connecticut River is brown from the sediment it carries. The river drops the sediment offshore into Long Island Sound.

Deposition by Streams and Rivers

In arid regions, a mountain stream may flow onto flatter land. The stream comes to a stop rapidly. The deposits form an alluvial fan (Figure below).

(A) Alluvial fans in Death Valley, California (B) Nile River Delta in Egypt

Deposition also occurs when a stream or river empties into a large body of still water. In this case, a delta forms. A delta is shaped like a triangle. It spreads out into the body of water. An example is pictured below (Figure above).

A flood occurs when a river overflows it banks. This might happen because of heavy rains.

As the water spreads out over the land, it slows down and drops its sediment. If a river floods often, the floodplain develops a thick layer of rich soil because of all the deposits. That’s why floodplains are usually good places for growing plants. For example, the Nile River in Egypt provides both water and thick sediments for raising crops in the middle of a sandy desert.

A flooding river often forms natural levees along its banks. A levee (Figure below) is a raised strip of sediments deposited close to the water’s edge. Levees occur because floodwaters deposit their biggest sediments first when they overflow the river’s banks. 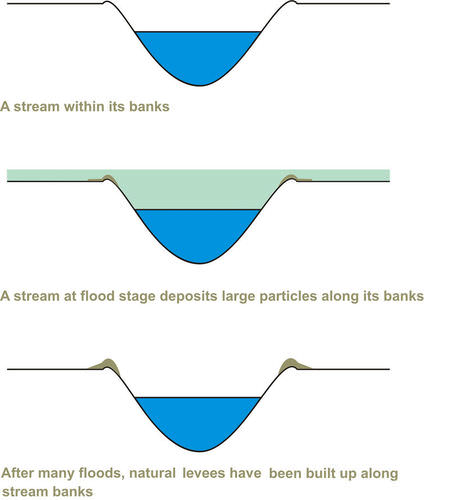 This diagram shows how a river builds natural levees along its banks.

Use this resource (watch up to 8:00) to answer the questions that follow.