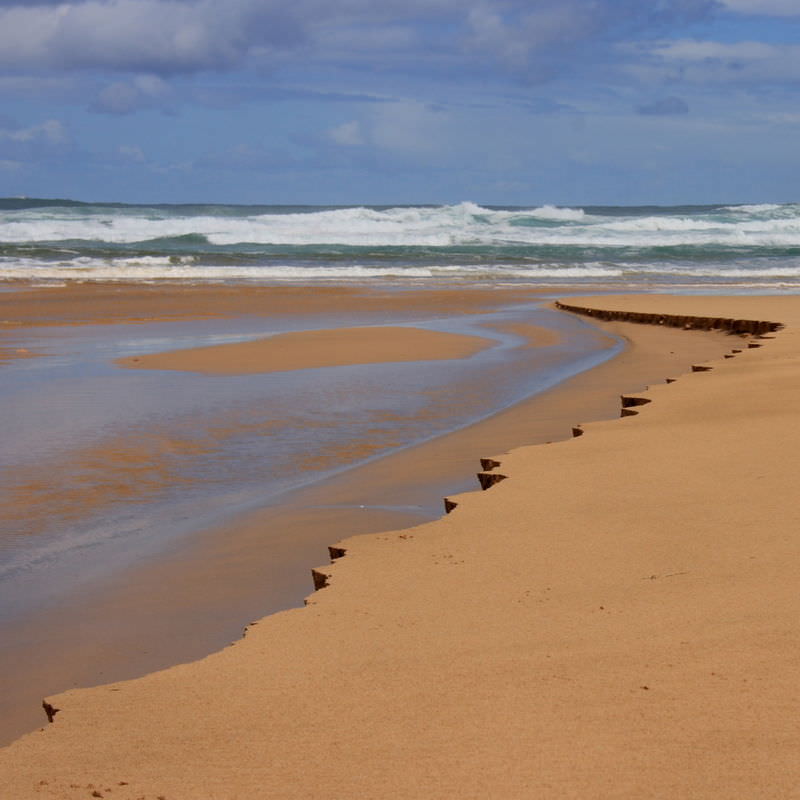 Which came first: erosion or deposition?

Longshore drift carries particles of sand and rock down a coastline.

In relatively quiet areas along a shore, waves deposit sand. Sand forms a beach (Figure below).

Manhattan Beach in Southern California has a pier coming off of a sandy beach.

Waves also move sand from the beaches on shore to bars of sand offshore as the seasons change. In the summer, waves have lower energy so they bring sand up onto the beach. In the winter, higher energy waves bring the sand back offshore.

A spit is a ridge of sand that extends away from the shore. The end of the spit may hook around toward the quieter waters close to shore.

Waves may also deposit sediments to form sandbars and barrier islands. Pictured below are examples of these landforms (Figure below); also, an example of all the different landforms waves create (Figure above).

A barrier island is a long strip of sand. The sand naturally moves in the local currents. People try to build on barrier islands.

In its natural state, a barrier island acts as the first line of defense against storms such as hurricanes. A natural barrier island is a vegetated sandy areas in which sand can move. When barrier islands are developed, hurricanes damage houses and businesses. A large hurricane brings massive problems to the urbanized area.