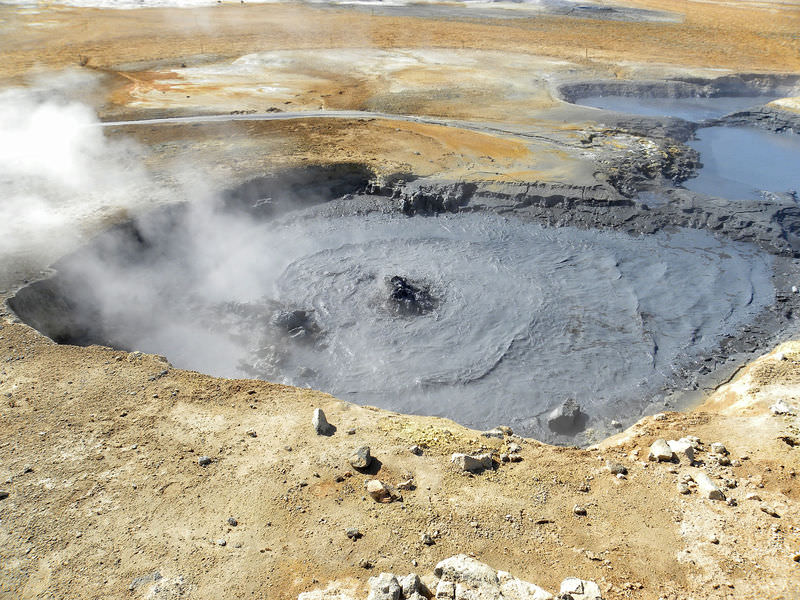 What would you see if you could go back 4.5 billion years?

If you took a field trip back in time to the earliest Earth, things would be very different. Everything would be very hot. What company would you have? Maybe some simple microbes. Maybe not.

For the first 4 billion years of Earth history there is only a little evidence of life. Organisms were tiny and soft and did not fossilize well. But scientists use a variety of ways to figure out what this early life was like. Note that the period from Earth's origin to the beginning of the Phanerozoic is called the Precambrian.

Life probably began in the oceans. No one knows exactly how or when. Life may have originated more than once. If life began before the Moon formed, that impact would have wiped it out. Then life would have had to originate again. Eventually conditions on Earth became less violent. The planet could support life.

The first organisms were made of only one cell (Figure below). The earliest cells were prokaryotes. Prokaryotic cells are surrounded by a cell membrane. They do not have a nucleus. Their organelles are free in the cell. The cells get their nutrients directly from the water they live in. The cells need to use these nutrients to live and grow. 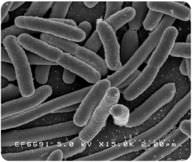 E. coli (Escherichia coli) is a primitive prokaryote that may resemble the earliest cells.

Early cells took nutrients from the water. Eventually the nutrients would have become less abundant.

Around 3 billion years ago, photosynthesis began. Organisms could make their own food from sunlight and inorganic molecules. From these ingredients they made chemical energy that they used. Oxygen is a waste product of photosynthesis. That first oxygen combined with iron to create iron oxide. As more oxygen was produced, the gas entered the atmosphere.

Some of the oxygen in the atmosphere became ozone. The ozone layer formed to protect Earth from harmful ultraviolet radiation. This made the environment habitable for more complex life forms.

The first organisms to photosynthesize were cyanobacteria. These organisms may have been around as far back as 3.5 billion years. Cyanobacteria are still alive today (Figure below). Now they are called blue-green algae. They are common in lakes and seas, and they account for 20% to 30% of photosynthesis today. 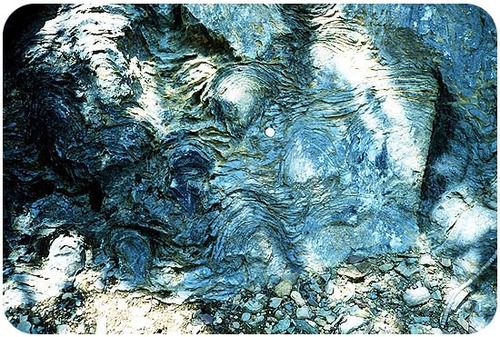 These rocks in Glacier National Park, Montana may contain some of the oldest fossil microbes on Earth.