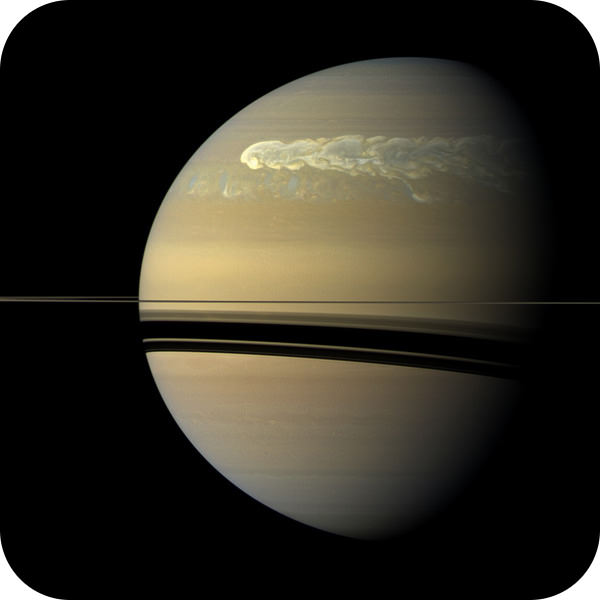 If you could take a trip to Saturn, what would you see?

This storm was captured by the Cassini spacecraft. It was the most intense storm seen on Saturn since Cassini began orbiting Saturn eight years ago. The storm went on for several weeks. Of course, a human orbiting Saturn might be most fascinated by the planet's beautiful rings.

Saturn is the second largest planet in the solar system (Figure below). Saturn’s mass is about 95 times Earth's mass. The gas giant is 755 times Earth’s volume. Despite its large size, Saturn is the least dense planet in our solar system. Saturn is actually less dense than water. This means that if there were a bathtub big enough, Saturn would float! In Roman mythology, Saturn was the father of Jupiter. Saturn orbits the Sun once about every 30 Earth years. 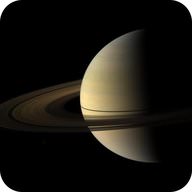 Saturn is the least dense planet in our solar system.

Saturn’s composition is similar to Jupiter's. The planet is made mostly of hydrogen and helium. These elements are gases in the outer layers and liquids in the deeper layers. Saturn may also have a small solid core. Saturn's upper atmosphere has clouds in bands of different colors. These clouds rotate rapidly around the planet. But Saturn has fewer storms than Jupiter. Thunder and lightning have been seen in the storms on Saturn.

Saturn's rings were first observed by Galileo in 1610. Remember that his telescope was not very good. He didn't know they were rings and thought that they were two large moons. One moon was on either side of the planet. In 1659, the Dutch astronomer Christiaan Huygens realized that they were rings circling Saturn’s equator. The rings appear tilted. This is because Saturn is tilted about 27 degrees to its side.

The Voyager 1 spacecraft visited Saturn in 1980. Voyager 2 followed in 1981. These probes sent back detailed pictures of Saturn, its rings, and some of its moons (Figure below). From the Voyager data, we learned what Saturn’s rings are made of. They are particles of water and ice with a little bit of dust. There are several gaps in the rings. These gaps were cleared out by moons within the rings. Gravity attracts dust and gas to the moon from the ring. This leaves a gap in the rings. Other gaps in the rings are caused by the competing forces of Saturn and its moons outside the rings. 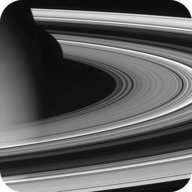 The rings of Saturn.

Scientists think that there are two possibilities for how Saturn's rings formed. One possibility is by the breakup of one of Saturn’s moons. The other possibility is from material that never made it into the planet when Saturn originally formed.

As of 2012, 62 natural moons have been identified around Saturn. Only seven of Saturn’s moons are spherical. All but one is smaller than Earth’s moon. Some of the very small moons are found within the rings. All the particles in the rings are like little moons, because they orbit around Saturn. Someone must decide which ones are large enough to call moons.

Saturn’s largest moon, Titan, is about one and a half times the size of Earth’s moon. Titan is even larger than the planet Mercury. The picture below compares the size of Titan to Earth (Figure below). Scientists are very interested in Titan. The moon has an atmosphere that is thought to be like Earth’s first atmosphere with nitrogen and methane. This atmosphere was around before life developed on Earth. Like Jupiter's moon, Europa, Titan may have a layer of liquid water under a layer of ice. Scientists now think that there are lakes on Titan's surface. Don't take a dip, though. These lakes contain liquid methane and ethane instead of water! Methane and ethane are compounds found in natural gas.