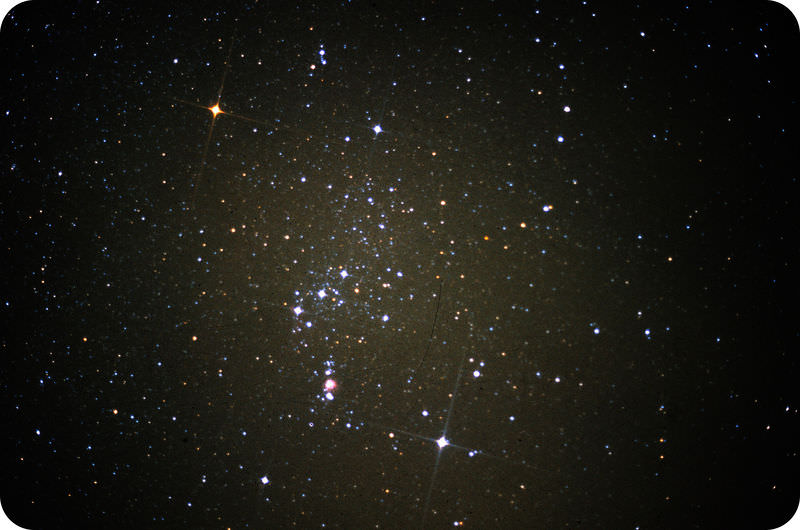 Why do the constellations appear in the same patterns all the time?

When you look at the sky on a clear night, you can see hundreds of stars. A star is a giant ball of glowing gas that is very, very hot. A star generates energy through nuclear fusion reactions. Most of these stars are like our Sun. However, some stars are smaller than our Sun, and some are larger. Except for our own Sun, all stars are so far away that they only look like single points—even through a telescope.

The stars that make up a constellation appear close to each other from Earth. In reality, they may be very distant from one another. Constellations were important to people, like the Ancient Greeks. People who spent a lot of time outdoors at night, like shepherds, named the constellations. They told stories about them. Pictured below is one of the most easily recognized constellations (Figure below). The ancient Greeks thought this group of stars looked like a hunter. They named it Orion, after a great hunter in Greek mythology. 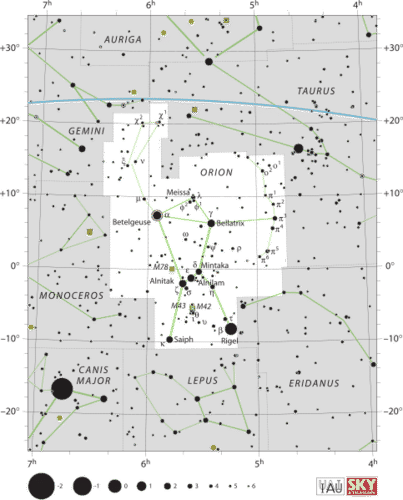 Orion has three stars that make up his belt. Orion's belt is fairly easy to see in the night sky.

Constellations are useful. They help astronomers and other observers orient in the night sky. The star Betelgeuse, for example, is Orion's right shoulder. Betelgeuse is the eighth brightest star in the sky. The star is an excellent example of a red supergiant.

Ancient Babylonian astronomers created the Zodiac. The Zodiac is a circle that divides the ecliptic into twelve 30-degree zones. Each zone contains a constellation, many of them animals. Horoscopes based on these astrological signs first appeared in Ptolemaic Egypt in around 50 BC. These early people used astrology to explain things that are now much better explained by science. You can see an example of a Zodiac below (Figure below). 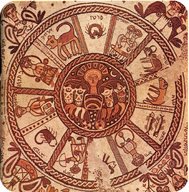 How did astrology come to be?

There is no reason to think that the alignment of the stars has anything to do with events that happen on Earth. The constellations are patterns made from stars in the sky. The patterns do not reflect any characteristics of the stars themselves. When scientific tests are done to provide evidence in support of astrological ideas, the tests fail. When a scientific idea fails, it is abandoned or modified. Astrologers do not change or abandon their ideas when they fail. So astrology is not science.