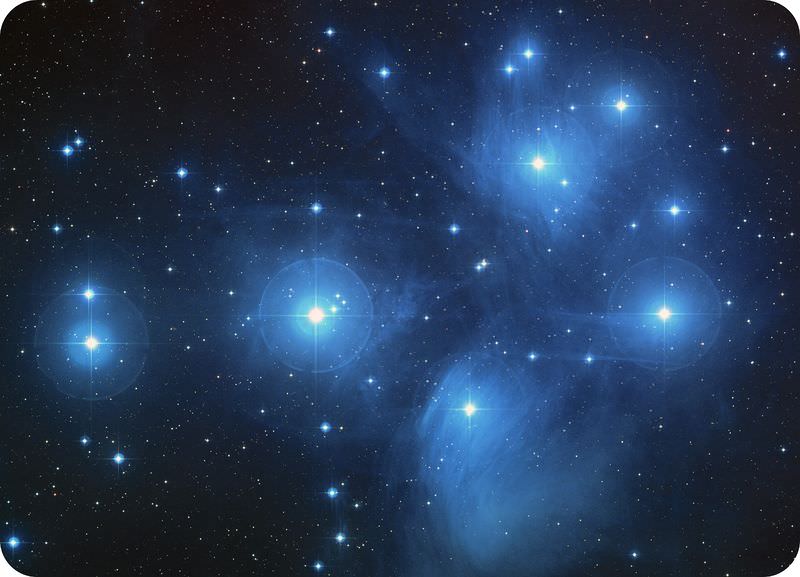 Can you see a star cluster in the night sky?

The Pleiades are also called the seven sisters. Seven of the stars in this cluster are visible in the night sky with the naked eye. The Pleiades are easy to spot. They are bright and very close to each other. 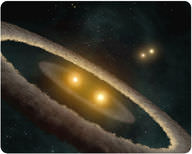 This is an artist’s depiction of HD 98800. This is a quadruple star system made of two binary star systems.

Star clusters are small groups of stars. A star cluster is smaller than a galaxy. There are two main types, open clusters and globular clusters. Both types are held together by gravity.

Open clusters are groups of up to a few thousand stars. The Jewel Box (Figure below), is an open cluster. Open clusters tend to be blue in color. They often contain glowing gas and dust. The stars in an open cluster are young stars that all formed from the same nebula. 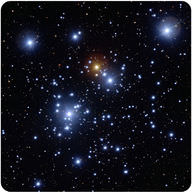 These hot blue stars are in an open cluster known as the Jewel Box. The red star is a young red supergiant. 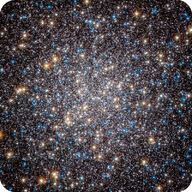