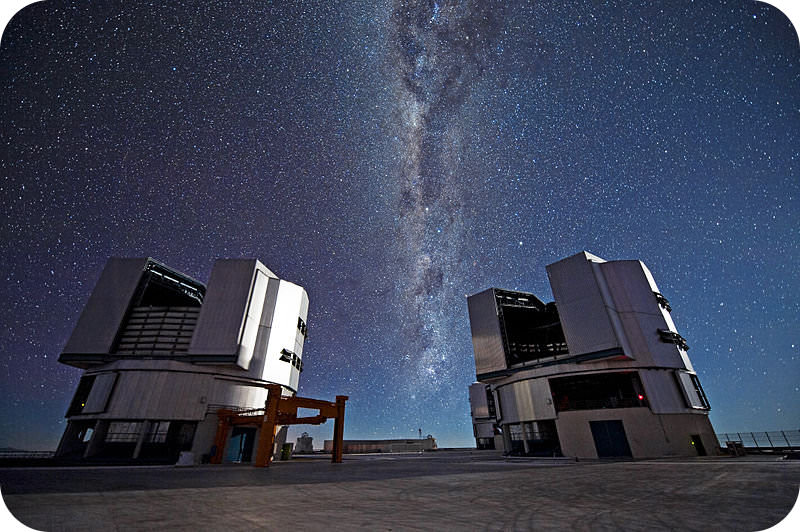 Have you seen the Milky Way?

There is so much light pollution in most cities that many people have never seen the Milky Way. On a clear night away from lights, the view is of a bright white river of stars. You don't need a telescope or even binoculars to see it. The view of the Milky Way is so bright because you're looking at the stars in your own galaxy.

The Milky Way Galaxy is our galaxy. Home, sweet home. The Milky Way is made of millions of stars along with a lot of gas and dust. It looks different from other galaxies because we are looking at the main disk from within the galaxy. Astronomers estimate that the Milky Way contains 200 billion to 400 billion stars.

It is difficult to know what the shape of the Milky Way Galaxy is because we are inside of it. Astronomers have identified it as a typical spiral galaxy containing about 100 billion to 400 billion stars (Figure below). 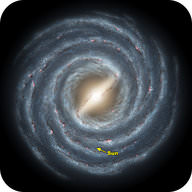 An artist’s rendition of what astronomers think the Milky Way Galaxy would look like seen from above. The sun is located approximately where the arrow points.

Like other spiral galaxies, our galaxy has a disk, a central bulge, and spiral arms. The disk is about 100,000 light-years across and 3,000 light-years thick. Most of the Galaxy’s gas, dust, young stars, and open clusters are in the disk.

The Milky Way Galaxy is a big place. If our solar system were the size of your fist, the Galaxy’s disk would still be wider than the entire United States!

Our solar system, including the Sun, Earth, and all the other planets, is within one of the spiral arms in the disk of the Milky Way Galaxy. Most of the stars we see in the sky are also in this spiral arm. We are about 26,000 light-years from the center of the galaxy. We are a little more than halfway out from the center of the galaxy to the edge.