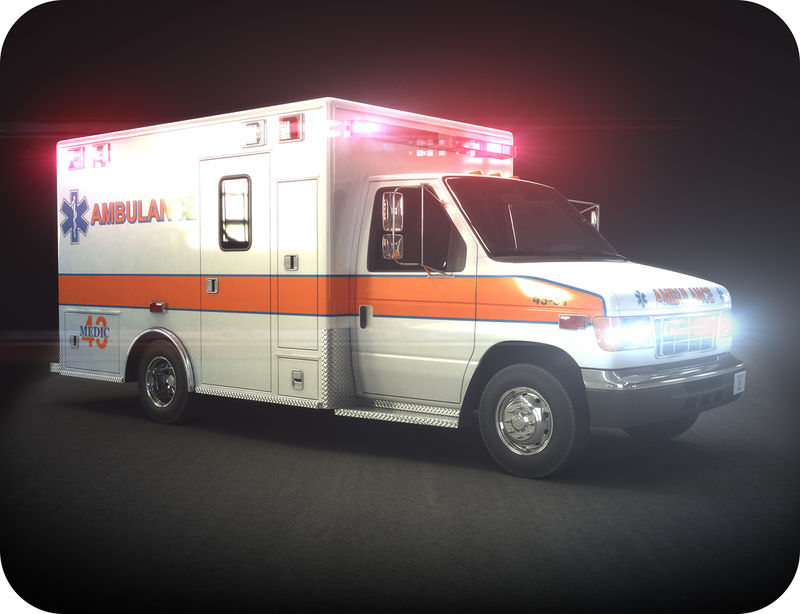 Why does a siren change pitch as it passes you?

The Universe is Expanding

After discovering that there are galaxies outside our own, Edwin Hubble went on to measure the distance to hundreds of other galaxies. His data would eventually show us how the Universe is changing, and even give us clues as to how the Universe formed.

If you look at a star through a prism, you will see a spectrum. The spectrum is the range of colors seen in a rainbow. The spectrum has specific dark bands where elements in the star have absorbed light of certain energies. An astronomer can use these lines to determine which elements are in a distant star. In fact, the element helium was first discovered in our Sun, not on Earth. This was done by analyzing the absorption lines in the spectrum of the sun.

Redshift is a shift in absorption bands toward the red end of the spectrum. Redshift occurs when the light source is moving away from you or when the space between you and the source is stretched.

Edwin Hubble combined his measurements of the distances to galaxies with other astronomers’ measurements of redshift. He noticed a relationship, which is now called Hubble’s Law: The farther away a galaxy is, the faster it is moving away from us. In other words, the Universe is expanding!

Pictured below is a simplified diagram of the expansion of the Universe (Figure below). Another way to picture this is to imagine a balloon covered with tiny dots. Each dot represents a galaxy. When you inflate the balloon, the dots slowly move away from each other because the rubber stretches in the space between them. If it were a giant balloon and you were standing on one of the dots, you would see the other dots moving away from you. Not only that, but dots farther away from you on the balloon would move away faster than dots nearby. 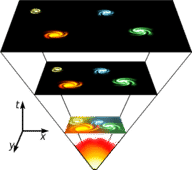 This is a simplified diagram of the expansion of the Universe over time. Note that the distance between galaxies gets bigger as you go forward in time, but the size of each galaxy stays about the same.