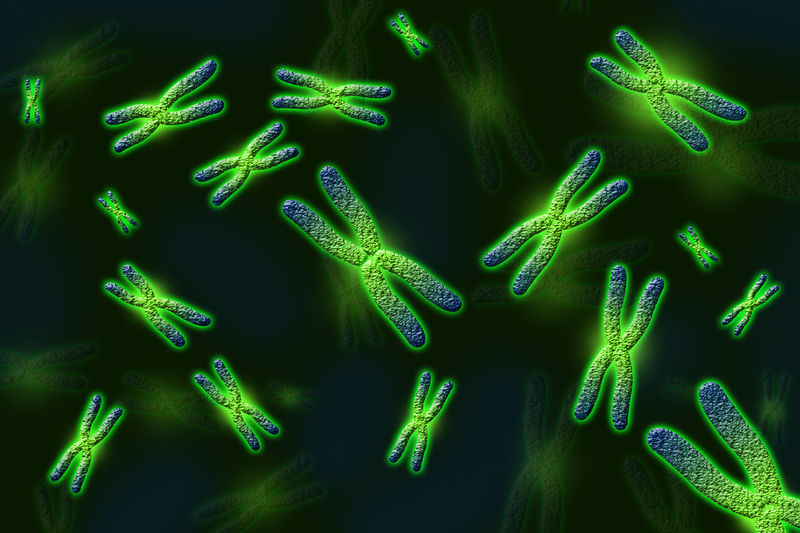 Do you have ALL your parents' chromosomes?

Sexual reproduction combines gametes from two parents. Gametes are reproductive cells, such as sperm and egg. As gametes are produced, the number of chromosomes must be reduced by half. Why? The zygote must contain genetic information from the mother and from the father, so the gametes must contain half of the chromosomes found in normal body cells. When two gametes come together at fertilization, the normal amount of chromosomes results. Gametes are produced by a special type of cell division known as meiosis. Meiosis contains two rounds of cell division without DNA replication in between. This process reduces the number of chromosomes by half.

Before meiosis begins, DNA replication occurs, so each chromosome contains two sister chromatids that are identical to the original chromosome. Meiosis (Figure below) is divided into two divisions: Meiosis I and Meiosis II. Each division can be divided into the same phases: prophase, metaphase, anaphase, and telophase. Cytokinesis follows telophase each time. Between the two cell divisions, DNA replication does not occur. Through this process, one diploid cell will divide into four haploid cells.

During meiosis I, the pairs of homologous chromosomes are separated from each other. This requires that they line up in their homologous paris during metaphase I. The steps are outlined below:

During meiosis II, the sister chromatids are separated and the gametes are generated. This cell division is similar to that of mitosis, but results in four genetically unique haploid cells. The steps are outlined below:

After cytokinesis, each cell has divided again. Therefore, meiosis results in four haploid genetically unique daughter cells, each with half the DNA of the parent cell (Figure below). In human cells, the parent cell has 46 chromosomes (23 pairs), so the cells produced by meiosis have 23 chromosomes. These cells will become gametes.