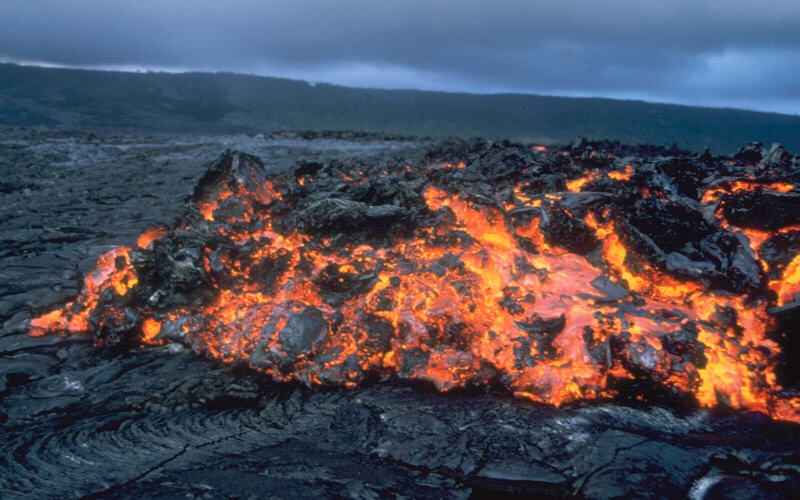 What does this mean: "The present is the key to the past"?

How can this photo help you to figure out what happened in Earth's history? You see the molten lava. You see what the rock looks like when the lava cools. What if you see that type of rock in an outcrop? You can assume that it formed from molten lava. This is the best tool for understanding Earth history. Earth scientists use what they know about Earth in the present to figure out what happened in the past.

The outcrop in Figure below is at Checkerboard Mesa in Zion National Park, Utah. It has a very interesting pattern on it. As a geology student you may ask: how did this rock form? 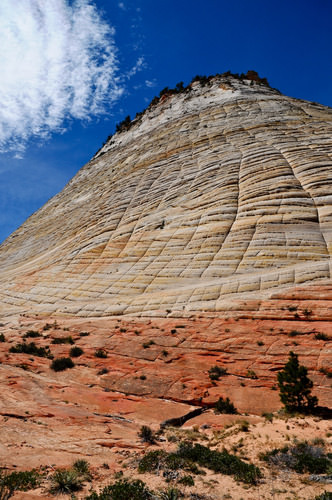 If you look carefully at the rock, you will see that it’s made of sand. This rock formation is called the Navajo sandstone. Does knowing that the rock is sandstone tell you how it formed? No, although it limits the possibilities. The next thing to do is to make observations now and apply them to this rock that formed long ago.

James Hutton came up with this idea in the late 1700s. The present is the key to the past. He called this the principle of uniformitarianism. It works like this: we understand a geological process that happens now. We see the outcome of that process, say a rock. Then we find evidence that same process happened in the past, like a similar rock. We can assume that the process operated the same way in the past.

Let’s go back to that outcrop. What would cause sandstone to have layers that cross each other, a feature called cross-bedding?

In this photo of this sand dune in Coral Pink Sand Dunes State Park, Utah (Figure below), we see that wind can cause cross-bedding in sand. Cross-bedding is due to changes in wind direction. There are also ripples caused by the wind waving over the surface of the dune. 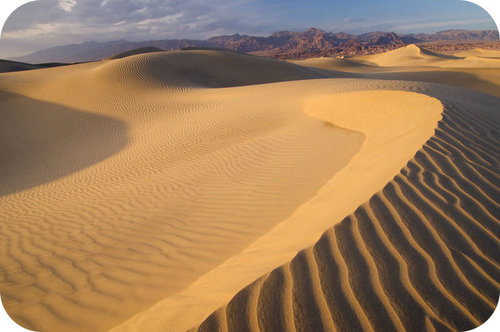 This doesn’t look exactly like the outcrop of Navajo sandstone, but if you could cut a cross-section into the face of the dune it would look very similar.

Since we can observe wind forming sand dunes with these patterns now, we have a good explanation for how the Navajo sandstone formed. The Navajo sandstone is a rock formed from ancient sand dunes. The rock shows that the ancient wind direction changed from time to time.

This is just one example of how geologists use observations they make today to unravel what happened in Earth’s past. Rocks formed from volcanoes, oceans, rivers, and many other features are deciphered by looking at the geological work those features do today.

The La Brea Tar Pits contain a massive collection on animals. But how did all these animals die, and how did they get there? In this video by Science Friday, researchers explain how these processes occurred and what the La Brea Tar Pits tell us about Los Angeles thousands of years ago.