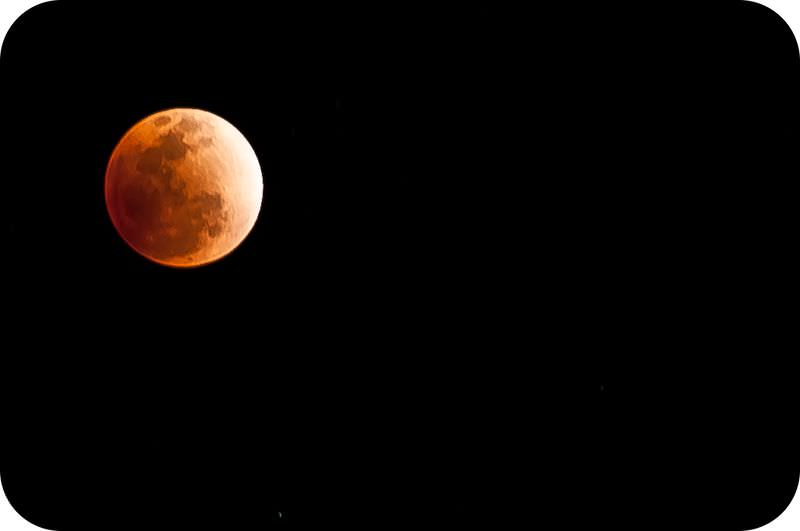 If science wasn't around to tell you what it is, would an eclipse scare you?

Ancient people could not predict eclipses and didn't know when one would end or even that it would end. Rituals to persuade the Sun or Moon to return to its normal state were developed. And they worked! The heavens always return to normal after an eclipse.

A solar eclipse occurs when the new Moon passes directly between the Earth and the Sun (Figure below). This casts a shadow on the Earth and blocks Earth’s view of the Sun.

A solar eclipse, not to scale.

A total solar eclipse occurs when the Moon’s shadow completely blocks the Sun (Figure below). When only a portion of the Sun is out of view, it is called a partial solar eclipse. 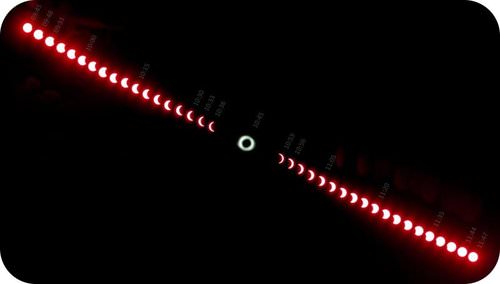 A solar eclipse shown as a series of photos.

Solar eclipses are rare and usually only last a few minutes, because the Moon casts only a small shadow (Figure below).

The Moon’s shadow in a solar eclipse covers a very small area.

As the Sun is covered by the Moon’s shadow, it will actually get cooler outside. Birds may begin to sing, and stars will become visible in the sky. During a solar eclipse, the corona and solar prominences can be seen.

A solar eclipse occurs when the Moon passes between Earth and the Sun in such a way that the Sun is either partially or totally hidden from view. Some people, including some scientists, chase eclipses all over the world to learn or just observe this amazing phenomenon. 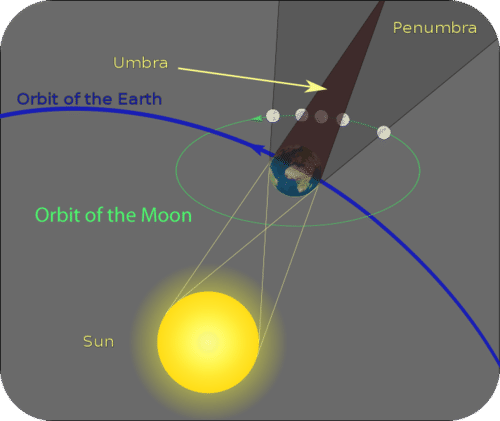 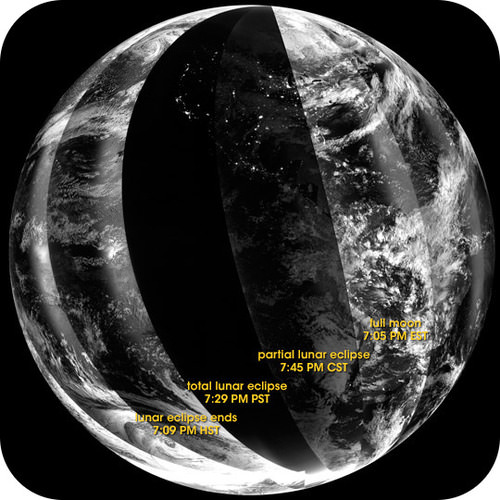