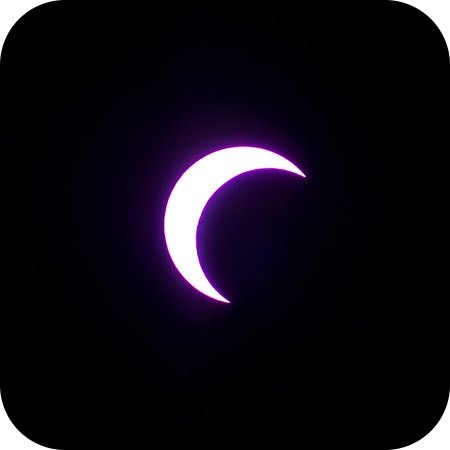 Can you see a solar eclipse?

Of course! This photo of a partial solar eclipse was taken on May 20, 2012 in Gilbert, Arizona. The maximum was 82% at that location. Further north people experienced totality. Much of the United States experienced a total solar eclipse on January 31, 2017. The next total solar eclipse in North America is April 8, 2024 and will be visible in the US from Texas to Maine. If you try to view an eclipse, be sure to use eye protection!

When a new moon passes directly between the Earth and the Sun, it causes a solar eclipse (Figure below). The Moon casts a shadow on the Earth and blocks our view of the Sun. This only happens if all three are lined up and in the same plane. This plane is called the ecliptic. The ecliptic is the plane of Earth’s orbit around the Sun.

During a solar eclipse, the Moon casts a shadow on the Earth. The shadow is made up of two parts: the darker umbra and the lighter penumbra.

When the Moon's shadow completely blocks the Sun, it is a total solar eclipse (Figure below). If only part of the Sun is out of view, it is a partial solar eclipse. Solar eclipses are rare events. They usually only last a few minutes. That is because the Moon’s shadow only covers a very small area on Earth, and Earth is turning very rapidly.

Solar eclipses are amazing to experience. The light disappears so that it's like night, only strange. Birds may sing as they do at dusk. Stars become visible in the sky. It gets colder outside. Unlike at night, though, the Sun is out. So during a solar eclipse, it's easy to see the Sun's corona and solar prominences.

A photo of a total solar eclipse.