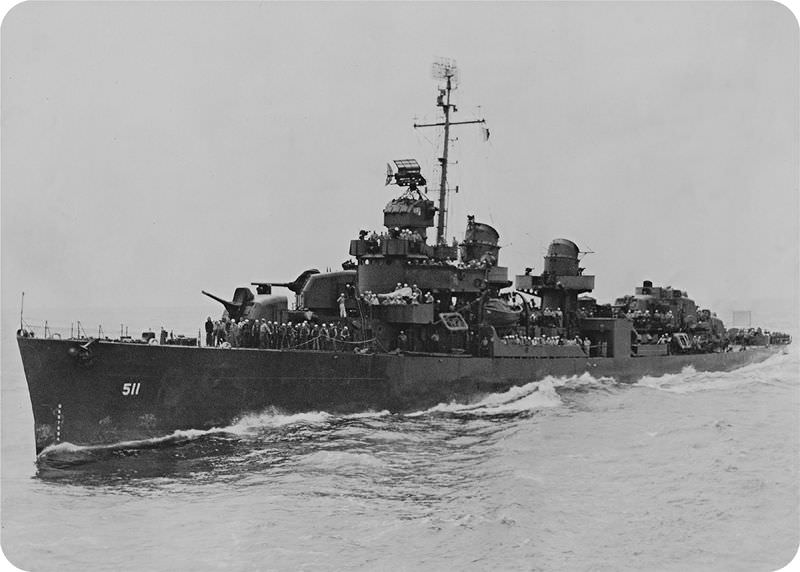 How can war further science?

Oddly, the thing that was needed to further Wegener's continental drift idea was World War II. U.S. Navy ships cruised the seas. They carried instruments that helped scientists to locate the mechanism for moving continents.

During World War II, battleships and submarines carried echo sounders. Their goal was to locate enemy submarines (Figure below). Echo sounders produce sound waves that travel outward in all directions. The sound waves bounce off the nearest object and then return to the ship. Scientists know the speed of sound in seawater. They then can calculate the distance to the object that the sound wave hit. Most of these sound waves did not hit submarines. They instead were used to map the ocean floor.

Scientists expected the seafloor to be flat and featureless. So they were shocked by what they saw: tremendous topographical features like mountain ranges, rifts, and trenches. Oceanographic research vessels continue to map the seafloor as they sail across the seas today. The map below is a modern map with data from several decades.

The major features of the ocean basins and their colors on the map include:

See if you can identify each of these features on the map (Figure below). 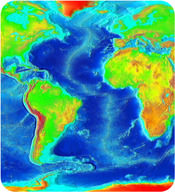 A modern map of the southeastern Pacific and Atlantic Oceans.

Of course the first scientists to observe these features wondered how they had formed. It turns out that they were crucial for fitting together ideas about seafloor spreading. And seafloor spreading would turn out to be the mechanism for continental drift.