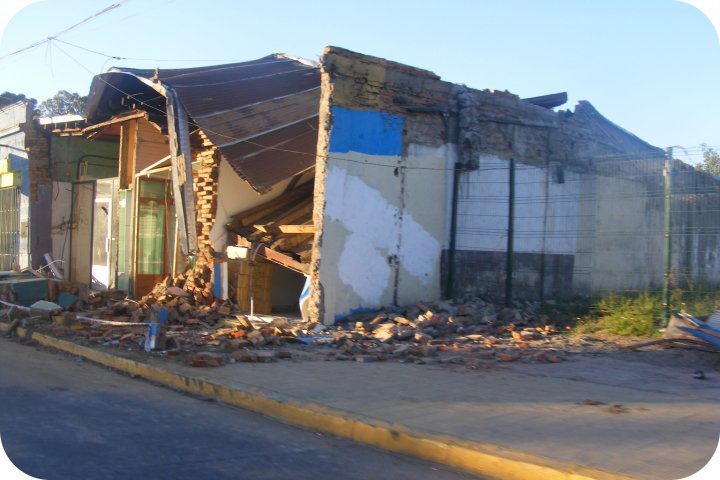 What caused the 2010 earthquake in Angol, Chile?

Angol, Chile, experienced a huge 8.8 magnitude earthquake in February 2010. The earthquake was due to subduction of the Nazca plate beneath South America. This subduction zone is part of the Pacific Ring of Fire.

Magnitude 9 earthquakes are rare. The United States Geological Survey lists five since 1900 (Figure below and Table below). All but the Great Indian Ocean Earthquake of 2004 occurred somewhere around the Pacific Ocean basin. 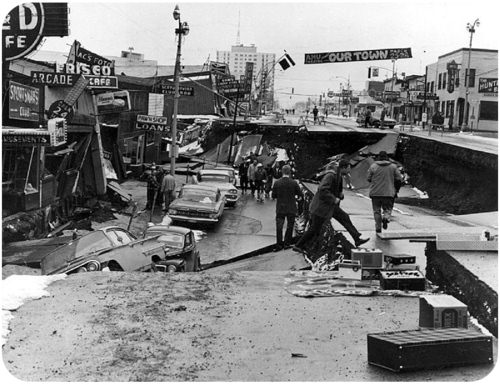 The 1964 Good Friday Earthquake centered in Prince William Sound, Alaska released the second most amount of energy of any earthquake in recorded history.

Nearly 95% of all earthquakes take place along one of the three types of plate boundaries. 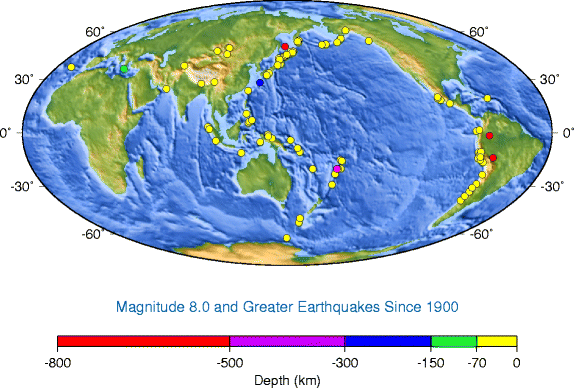 Earthquake epicenters for magnitude 8.0 and greater events since 1900. The earthquake depth shows that most large quakes are shallow focus, but some subducted plates cause deep focus quakes.