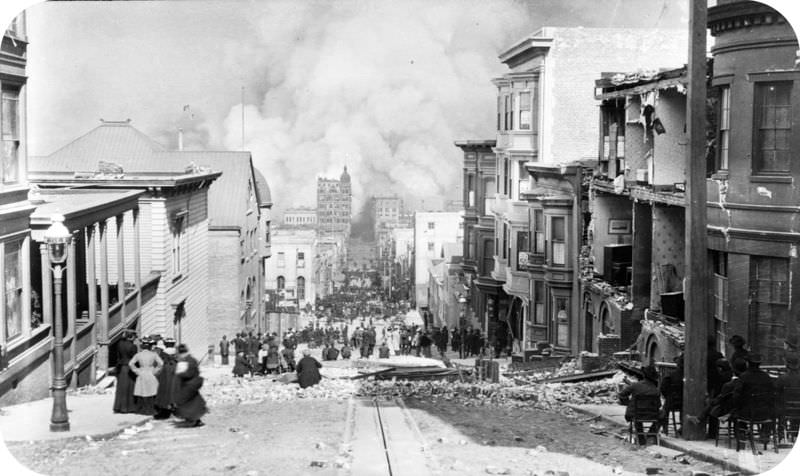 What causes the greatest damage in an earthquake?

An earthquake is sudden ground movement. This movement is caused by the sudden release of the energy stored in rocks. An earthquake happens when so much stress builds up in the rocks that the rocks break. An earthquake’s energy is transmitted by seismic waves.

Almost all earthquakes occur at plate boundaries. All types of plate boundaries have earthquakes. Convection within the Earth causes the plates to move. As the plates move, stresses build. When the stresses build too much, the rocks break. The break releases the energy that was stored in the rocks. The sudden release of energy is an earthquake. During an earthquake the rocks usually move several centimeters. Rarely, they may move as much as a few meters. Elastic rebound theory describes how earthquakes occur (Figure below).

Elastic rebound theory. Stresses build on both sides of a fault. The rocks deform plastically as seen in Time 2. When the stresses become too great, the rocks return to their original shape. To do this, the rocks move, as seen in Time 3. This movement releases energy, creating an earthquake.

The two important words used to describe an earthquake's location are focus and epicenter.

The area directly above the focus, on the land surface, is the earthquake’s epicenter (Figure below). The towns or cities near the epicenter will be strongly affected by the earthquake. 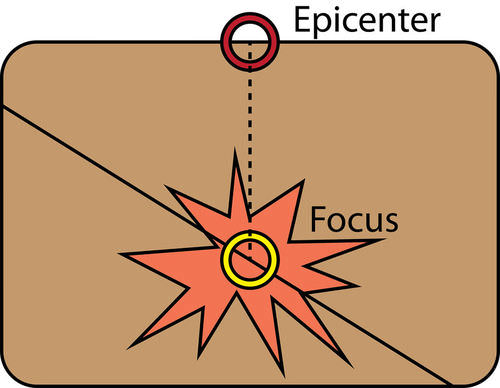 The focus of an earthquake is where the ground breaks. The epicenter is the point at the surface just above the focus.