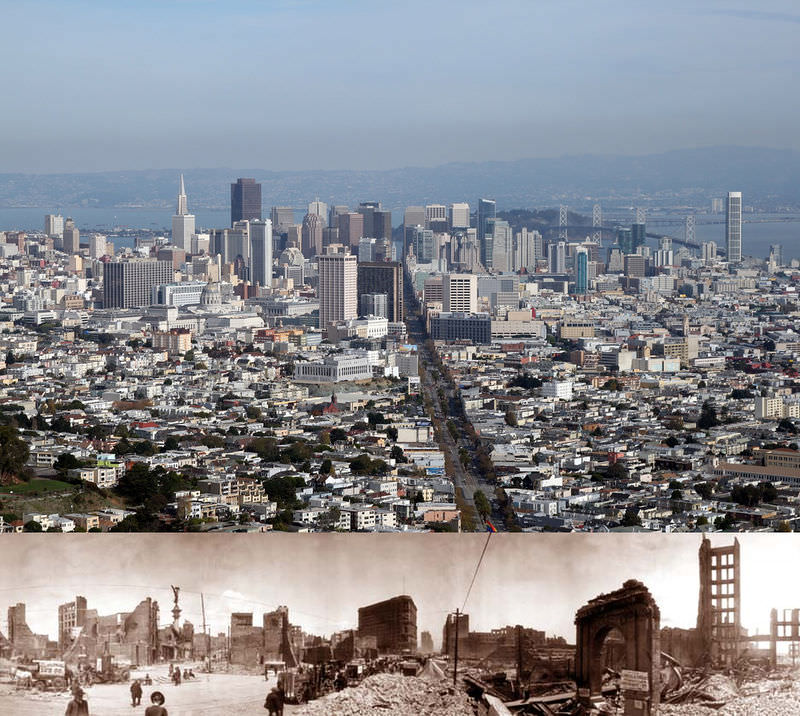 What does the future of San Francisco hold?

The last large earthquake along the San Andreas Fault in the San Francisco area struck in 1906. The city was devastated. Studies show that big quakes occur every 125 years or more. Small quakes seem to precede large ones, and there have been some small ones in recent years. What do you think the future holds for San Francisco?

Transform plate boundaries produce enormous and deadly earthquakes. These quakes at transform faults originate at shallow foci. This is because the plates slide past each other without moving up or down.

The San Andreas Fault that runs through much of California is an enormous transform plate boundary. It is the plate boundary between Pacific and North American plates. The largest earthquake in recorded history on the San Andreas Fault occurred in 1906. The quake's epicenter was just north of San Francisco. About 3,000 people died and 28,000 buildings were lost, mostly in the fire that followed the earthquake.

There are many other faults spreading off the San Andreas, to take up the plate motion. In total the San Andreas Fault system produces around 10,000 earthquakes a year (Figure below). While most of those earthquakes cannot even be felt by people nearby, occasionally one is very strong. In the San Francisco Bay Area, the Hayward Fault was the site of a magnitude 7.0 earthquake in 1868. 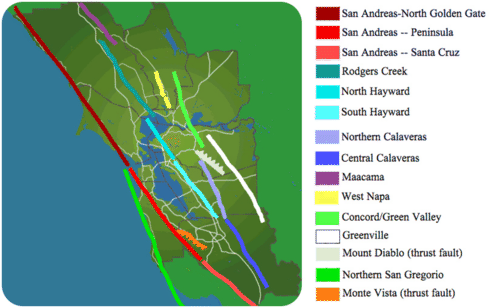 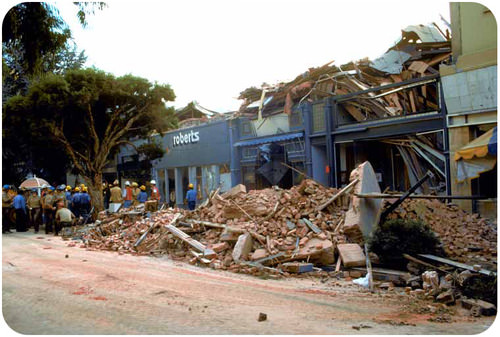 Three people died in this mall in Santa Cruz during the 1989 Loma Prieta earthquake.

Although California is prone to many natural hazards, including volcanic eruptions at Mt. Shasta or Mt. Lassen, and landslides on coastal cliffs, the natural hazard the state is linked with is earthquakes. In this video, the boundaries between three different tectonic plates and the earthquakes that result from their interactions are explored.

New Zealand also has a transform fault with strike-slip motion, causing about 20,000 earthquakes a year! Only a small percentage of those are large enough to be felt. A 6.3 quake in Christchurch in February 2011 killed about 180 people.