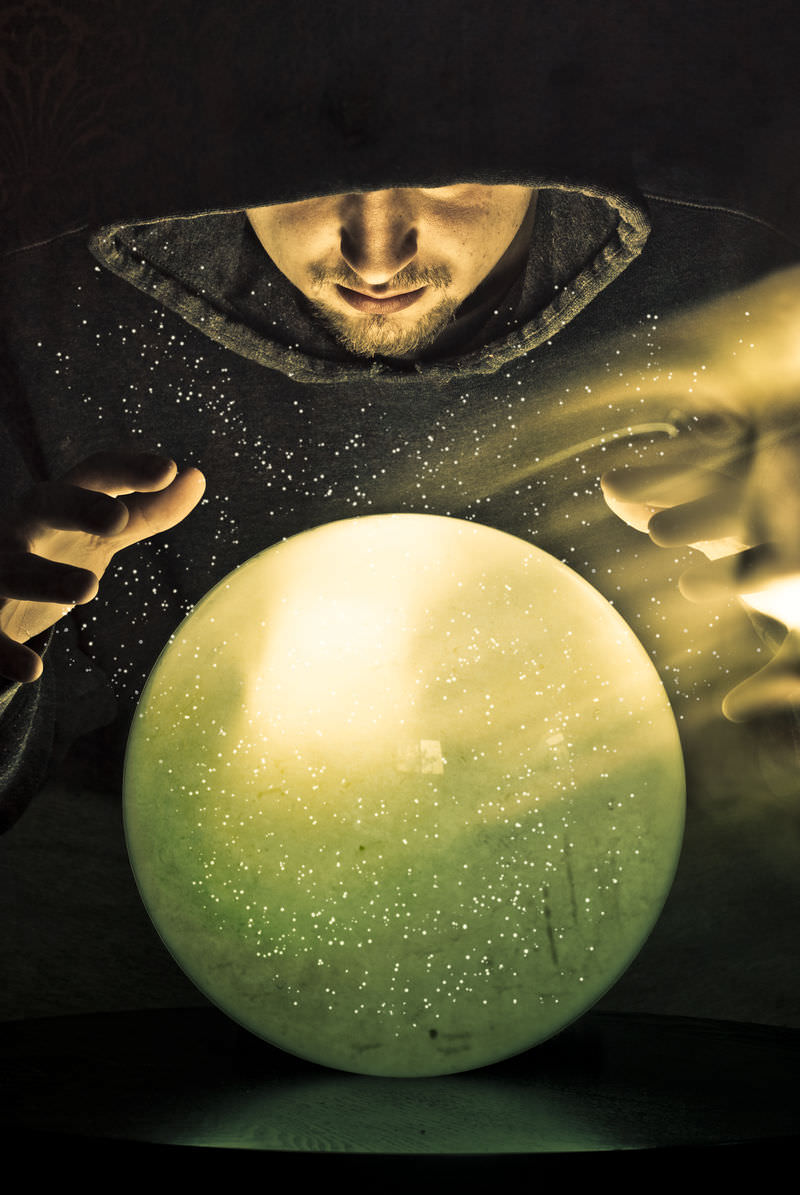 What if you could predict an earthquake?

What would make a good prediction? Knowing where, when, and the magnitude of the quake would make it possible for people to evacuate. If you were right, you would be famous! But if you were wrong, many people would be angry with you.

Scientists are a long way from being able to predict earthquakes. A good prediction must be detailed and accurate. Where will the earthquake occur? When will it occur? What will be its approximate magnitude? With a good prediction, authorities could get people to evacuate. But if the prediction were wrong, a lot of money would be lost as people closed businesses and skipped work. Plus, people would be unlikely to believe the authorities the next time.

Where an earthquake will occur is the easiest feature to predict. How would you predict this? Scientists know that earthquakes take place at plate boundaries. They tend to happen where they’ve happened before (Figure below). 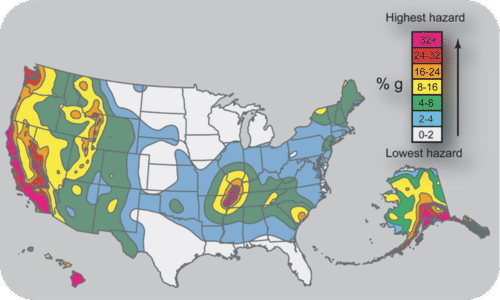 This map shows earthquake probability regions in the United States. 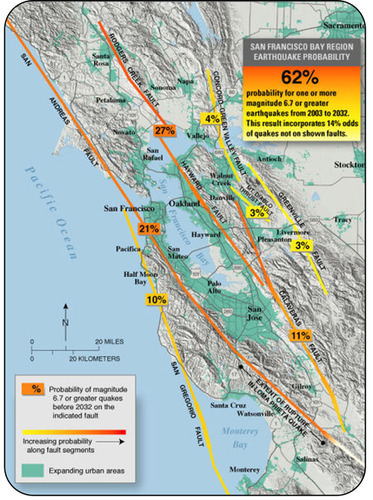 The probabilities of earthquakes striking along various faults in the San Francisco area between 2003 (when the work was done) and 2032.

When an earthquake will occur is much more difficult to predict. Stress on a fault builds up at the same rate over time. So earthquakes should occur at regular intervals. But, so far, scientists cannot predict when quakes will occur even to within a few years. Around Parkfield, California, an earthquake of magnitude 6.0 or higher occurs about every 22 years. So seismologists predicted that one would strike in 1993. But that quake came in 2004—11 years late (Figure below). 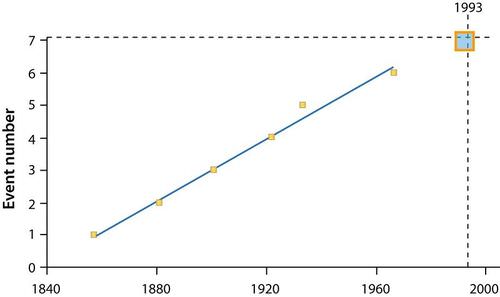 Trying to predict an earthquake in Parkfield, California.

Folklore tells of animals behaving strangely just before an earthquake. Most people tell stories of these behaviors after the earthquake. Chinese scientists have actively studied the behavior of animals before earthquakes to see if there is a connection. So far nothing concrete has come of these studies.

Actions can reduce the damage once an earthquake has started. Seismometers can detect P-waves a few seconds before more damaging S-waves and surface waves arrive. In this time computers can shut down gas mains and electrical transmission lines. They can initiate protective measures in chemical plants, nuclear power plants, mass transit systems, airports, and roadways. Just a few seconds can be tremendously valuable.