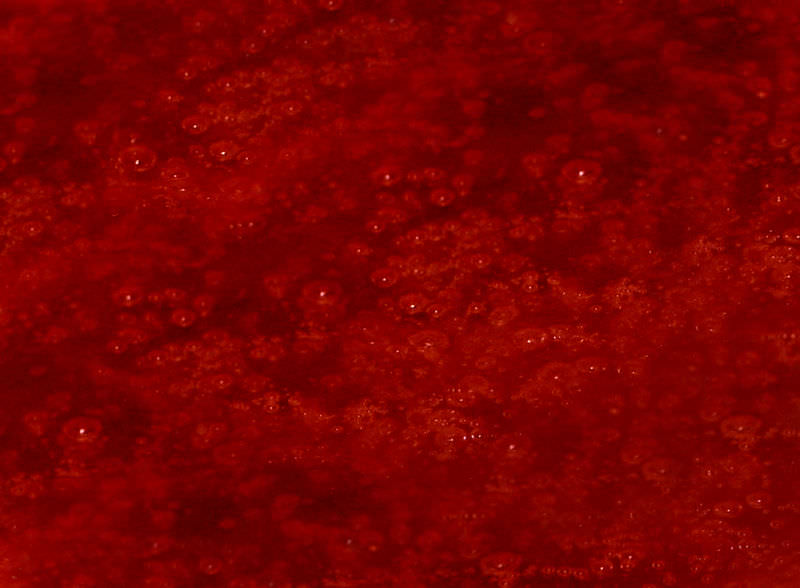 Next up: a field trip to the mesosphere!

Not so fast. The mesosphere is the least known layer of the atmosphere. The mesosphere lies above the highest altitude an airplane can go. It lies below the lowest altitude a spacecraft can orbit. Maybe that's just as well. If you were in the mesosphere without a space suit, your blood would boil! This is because the pressure is so low that liquids would boil at normal body temperature.

The mesosphere is the layer above the stratosphere. It rises to about 85 kilometers (53 miles) above the surface. Temperature decreases with altitude in this layer.

Temperature in the Mesosphere

There are very few gas molecules in the mesosphere. This means that there is little matter to absorb the Sun’s rays and heat the air. Most of the heat that enters the mesosphere comes from the stratosphere below. That’s why the mesosphere is warmest at the bottom.

Meteors in the Mesosphere

Have you ever seen a meteor shower (Figure below)? Meteors burn as they fall through the mesosphere. The space rocks experience friction with the gas molecules. The friction makes the meteors get very hot. Many meteors burn up completely in the mesosphere. 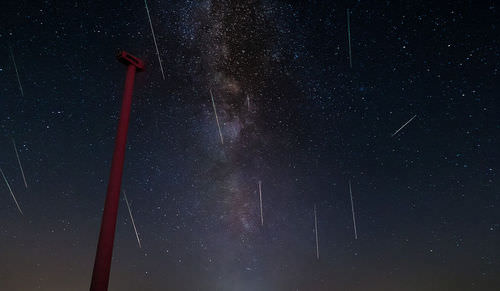 The Perseid meteor shower with the Milky Way.

Red sprites and blue jets are electrical discharges (Figure below). They are not the same thing as lightning. They more closely resemble the discharges seen in fluorescent tubes. These events occur much higher up in the atmosphere than lightning. 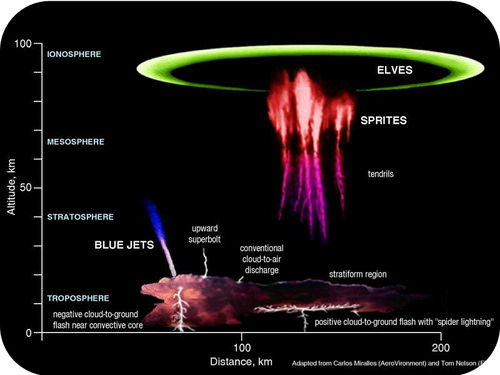 Clouds in the mesosphere are very rare. The ones that exist occur near the poles. The clouds are called polar mesospheric clouds. At the edge of these clouds are noctilucent clouds (Figure below). They are forming more often now, perhaps as a result of climate change. 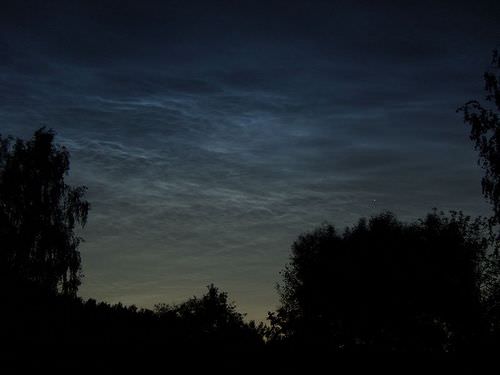 Noctilucent clouds are the highest clouds in the atmosphere.

At the top of the mesosphere is the mesopause. Temperatures here are colder than anywhere else in the atmosphere. They are as low as -100° C (-212° F)! Nowhere on Earth’s surface is it that cold.