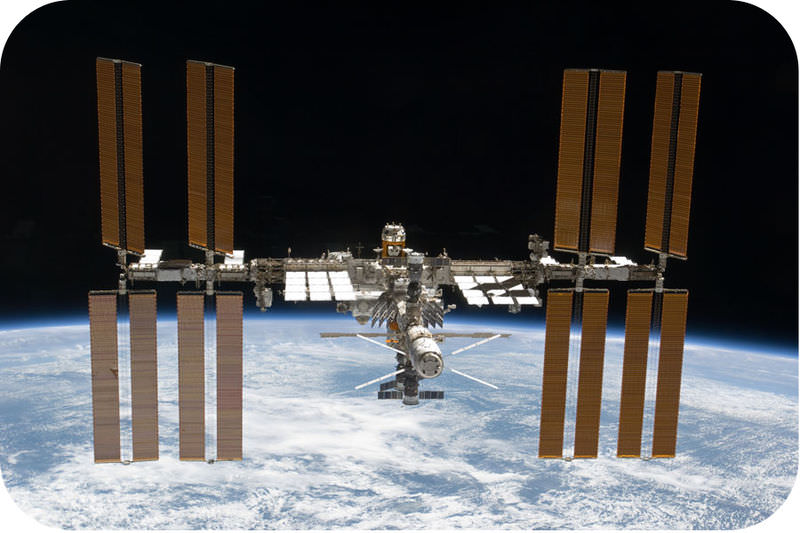 Can you take a field trip to the thermosphere? Maybe some day!

The inhabitants of the International Space Station and other space stations live in the thermosphere. They are not directly in the thermosphere, of course. They must be inside the station or inside a space suit at all times. Maybe some day you will join them!

The thermosphere is the layer above the mesosphere. It rises to 600 kilometers (372 miles) above the surface. The International Space Station and other space stations orbit Earth in this layer.

Temperature in the Thermosphere

Temperature increases with altitude in the thermosphere. Surprisingly, it may be higher than 1000° C (1800° F) near the top of this layer! The Sun’s energy there is very strong. The molecules absorb the Sun’s energy and are heated up. But there are so few gas molecules that the air still feels very cold. Molecules in the thermosphere gain or lose electrons. They then become charged particles called ions.

Have you ever seen a brilliant light show in the night sky? Sometimes the ions in the thermosphere glow at night. Storms on the Sun energize the ions and make them light up. In the Northern Hemisphere, the lights are called the northern lights, or aurora borealis. In the Southern Hemisphere, they are called southern lights, or aurora australis. They are referred to together as the aurora (Figure below and Figure below). 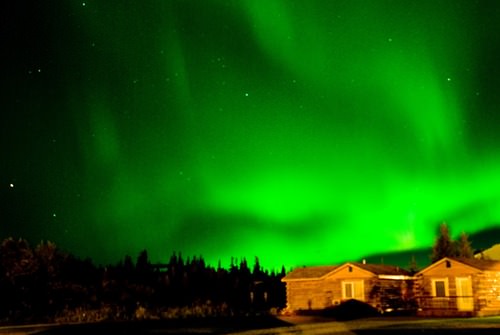 The aurora as seen from the Northern Hemisphere, known as the Aurora Borealis. 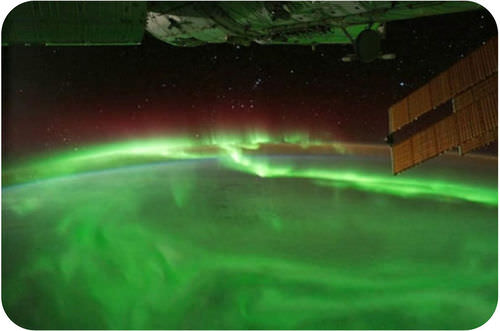 The aurora borealis as seen from the International Space Station.

The exosphere is the layer above the thermosphere. This is the top of the atmosphere. The exosphere has no real upper limit; it just gradually merges with outer space. Gas molecules are very far apart in this layer, but they are really hot. Earth’s gravity is so weak in the exosphere that gas molecules sometimes just float off into space.