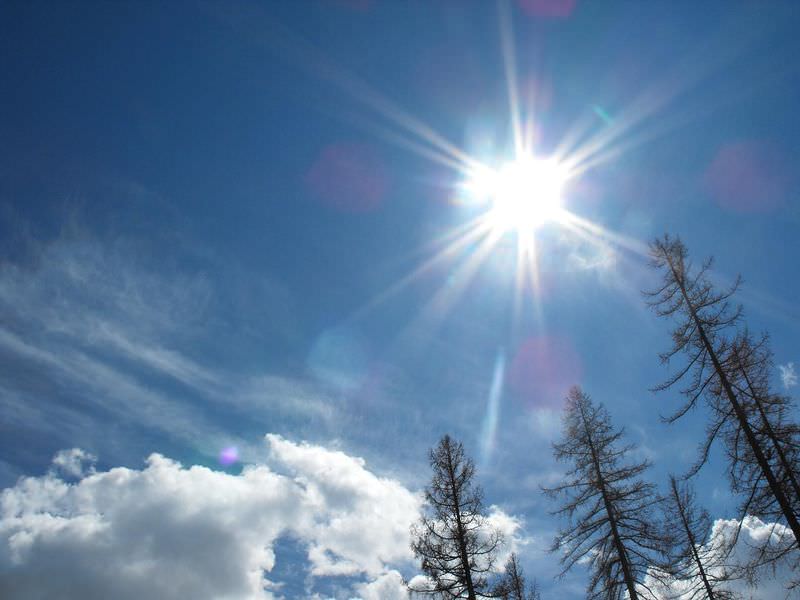 Just how important is this star?

Almost all energy at Earth's surface comes from the Sun. The Sun’s energy warms the planet and the air around it. This causes the atmosphere to move and create weather. Sunlight also powers photosynthesis and life on Earth.

The Sun gives off energy in tiny packets called photons. Photons travel in waves. These waves make up electromagnetic radiation. The image below models a wave of light (Figure below). Notice the wavelength in the figure. Waves with shorter wavelengths have more energy. 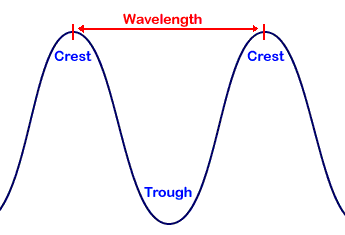 This curve models a wave. Based on this figure, how would you define wavelength?

Energy from the Sun has a wide range of wavelengths. The total range of energy is called the electromagnetic spectrum (Figure below). 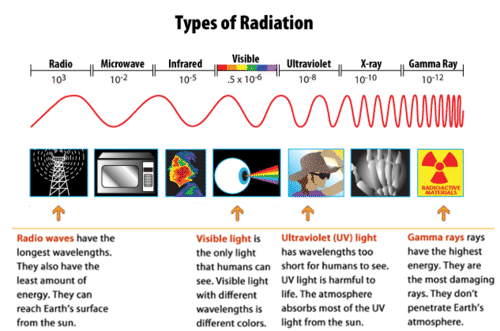 Compare the wavelengths of radio waves and gamma rays. Which type of wave has more energy?

Visible light is the only light that humans can see. Different wavelengths of visible light appear as different colors. Radio waves have the longest wavelengths. They also have the least amount of energy. Infrared light has wavelengths too long for humans to see, but we can feel them as heat. The atmosphere absorbs the infrared light. Ultraviolet (UV) light is in wavelengths too short for humans to see. The most energetic UV light is harmful to life. The atmosphere absorbs most of this UV light from the Sun. Gamma rays have the highest energy, and they are the most damaging rays. Fortunately, gamma rays don’t penetrate Earth’s atmosphere.