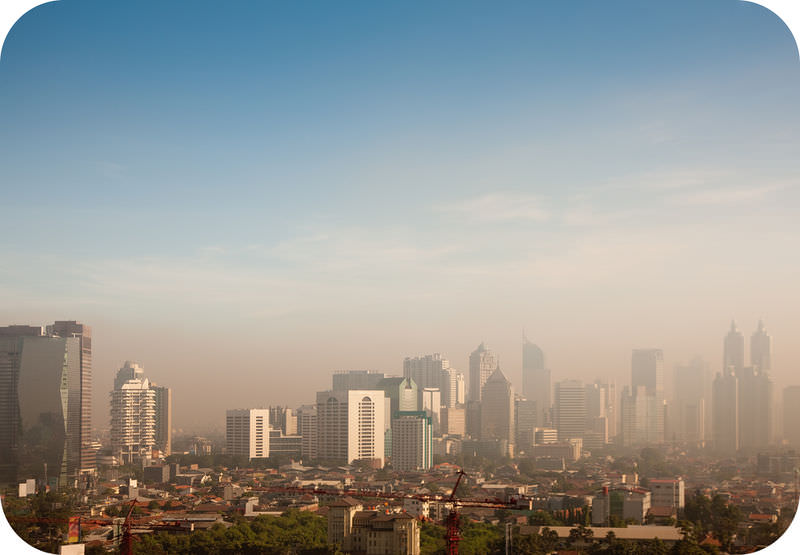 What is a pollution advisory?

Urban areas in sunny locations have pollution advisories. This happens when ozone levels get high. On these days, you should stay indoors or exercise early or late in the day. Drive less and avoid filling your tank. 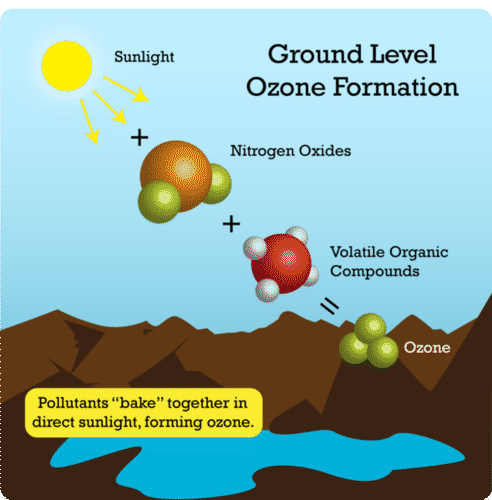 Ozone forms near the ground as a secondary pollutant.

Most pollutants enter the air when fossil fuels burn. Some are released when forests burn. Others evaporate into the air.

Smoke stacks release a lot of pollutants into the air.

Millions of acres of forest have been cut and burned to make way for farming (Figure below). Burning trees produces most of the same pollutants as burning fossil fuels.

Cutting and burning trees to clear land for farming is called slash-and-burn agriculture. How does this affect the atmosphere?

VOCs enter the air by evaporation. VOCs are found in many products, like paints and petroleum products. Methane is a VOC that evaporates from livestock waste and landfills.