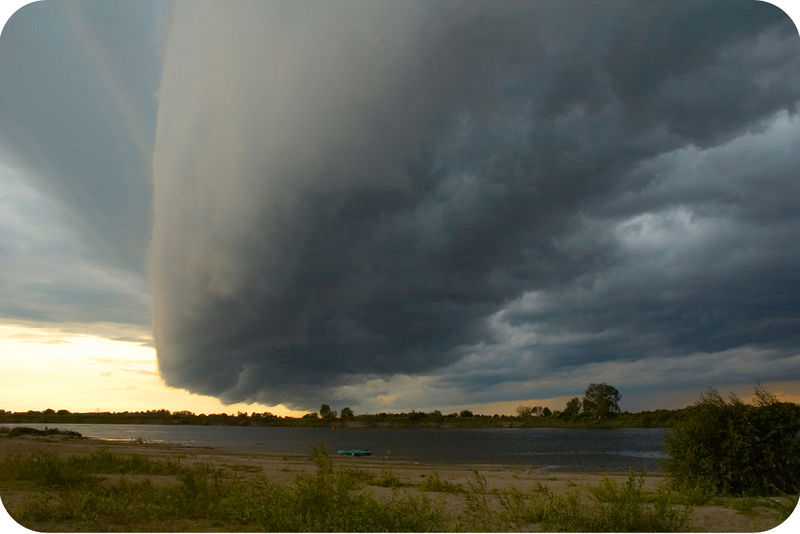 What happens when one air mass meets another?

This sight is common when one air mass meets another. You can almost see one air mass being pushed up over the other. When two air masses meet, the result is often a storm. Have you been to the Midwestern United States in the spring? This is a common sight.

When cold air masses move south from the poles, they run into warm air masses moving north from the tropics. The boundary between two air masses is called a front. Air masses usually don’t mix at a front. The differences in temperature and pressure cause clouds and precipitation. Types of fronts include cold, warm, occluded, and stationary fronts. 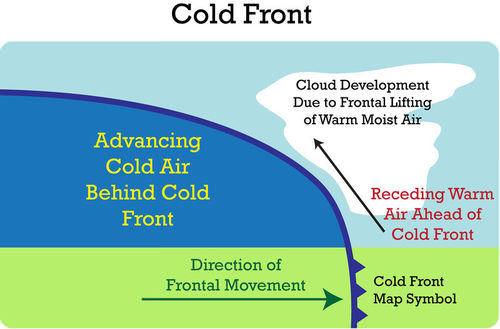 As the fast-moving cold air mass keeps advancing, so does the cold front. Cold fronts often bring sudden changes in the weather. There may be a thin line of storms right at the front that moves as it moves. In the spring and summer, the storms may be thunderstorms and tornadoes. In the late fall and winter, the storms may bring snow. After a cold front passes, the cold air mass behind it brings cooler temperatures. The air is likely to be less humid as well. Can you explain why? 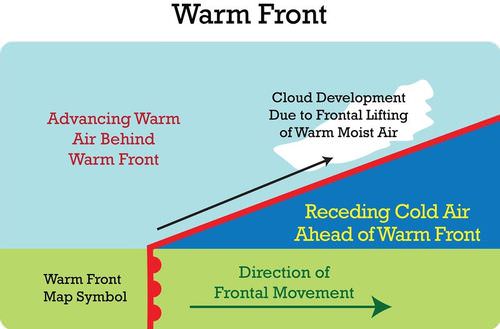 In an occluded front, a warm air mass becomes trapped between two cold air masses. The warm air is lifted up above the cold air (Figure below). Cloudy weather and precipitation along the front are typical. 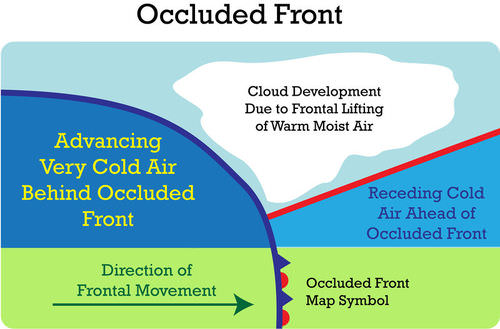 How does an occluded front differ from a warm or cold front?

Sometimes two air masses stop moving when they meet. These stalled air masses create a stationary front. Such a front may bring clouds and precipitation to the same area for many days.