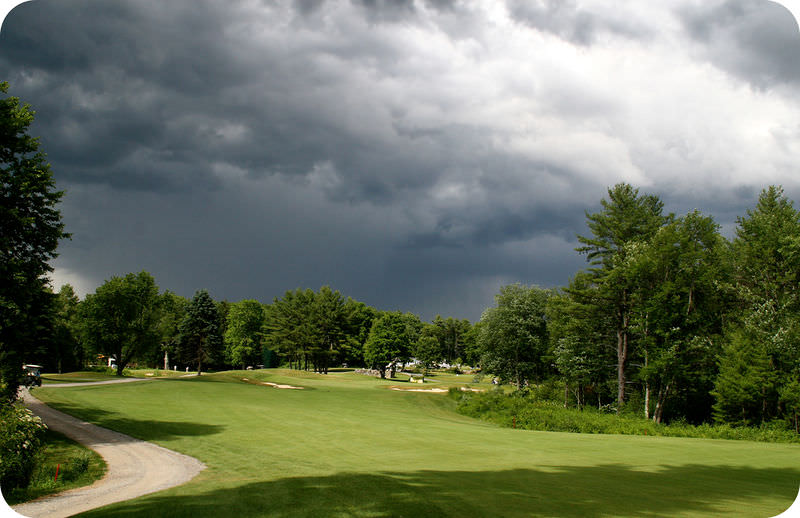 How do you get struck by lightning?

An average of 55 people die from lightning strikes each year in the United States. Here's your best chance for being struck by lightning, according to NASA. Go golfing on a July Sunday at around 4 pm, especially in Florida. The golf club up in the air acts as a lightning rod. The late afternoon in July is a great time for thunderstorms. Florida is prone to thunderstorms, and Sunday is a day on which a lot of people like to golf. In other words, don't do these things!

Thunderstorms are are known for their heavy rains and lightning. In strong thunderstorms, hail and high winds are also likely. Thunderstorms are very common. Worldwide, there are about 14 million of them each year! In the U.S., they are most common—and strongest—in the Midwest.

Thunderstorms form when the ground is really hot (Figure below). The air near the ground becomes very warm and humid. This is true in some locations in late afternoon or early evening in spring and summer. The warm air rises rapidly, which creates strong updrafts. When the rising air cools, its water vapor condenses. The updrafts create tall cumulonimbus clouds. Winds blow the cloud top sideways. This makes the well-known anvil shape of a cloud known as a thunderhead (Figure below). Water droplets and ice fly up through the cloud. When these droplets get heavy enough, they fall. This starts a downdraft. A convection cell develops within the cloud. A mature thunderstorm produces gusty winds, lightning, heavy rain, and hail. 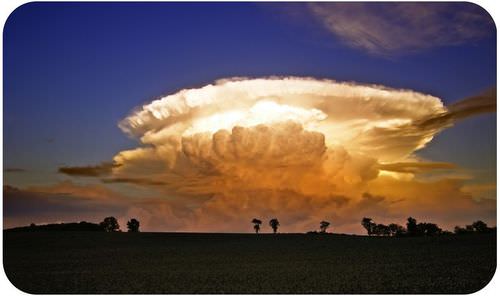 A thunderhead is a cumulonimbus cloud. 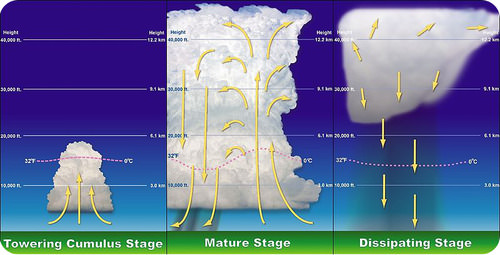 Formation and disappearance of a thunderstorm.

During a thunderstorm, some parts of a thunderhead become negatively charged. Other parts become positively charged. The difference in charge creates lightning. Lightning (Figure below) is a huge release of electricity. Lightning can jump between oppositely charged parts of the same cloud, between one cloud and another, or between a cloud and the ground. Lightning blasts the air with energy. The air heats and expands so quickly that it explodes. This creates the loud sound of thunder.

Do you know why you always hear the boom of thunder after you see the flash of lightning? It’s because light travels faster than sound. If you count the seconds between seeing lightning and hearing thunder, you can estimate how far away the lightning was. A lapse of five seconds is equal to about a mile. 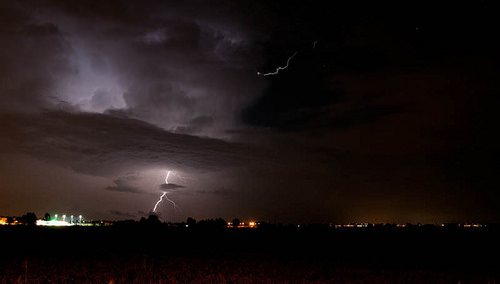 Lightning flashes during a thunderstorm

The downdrafts cool the air at the base of the cloud. The air is no longer warm enough to rise. Convection shuts down and the thunderhead runs out of energy. A thunderstorm usually ends only 15 to 30 minutes after it begins. New thunderstorms may start in the same area.

Many thunderstorms form individually. During some seasons, they form in squall lines, long lines of thunderstorms, along a cold front. Squall lines form in spring and early summer in the Midwestern United States. This is because the maritime tropical (mT) air mass from the Gulf of Mexico meets the continental polar (cP) air mass from Canada (Figure below).