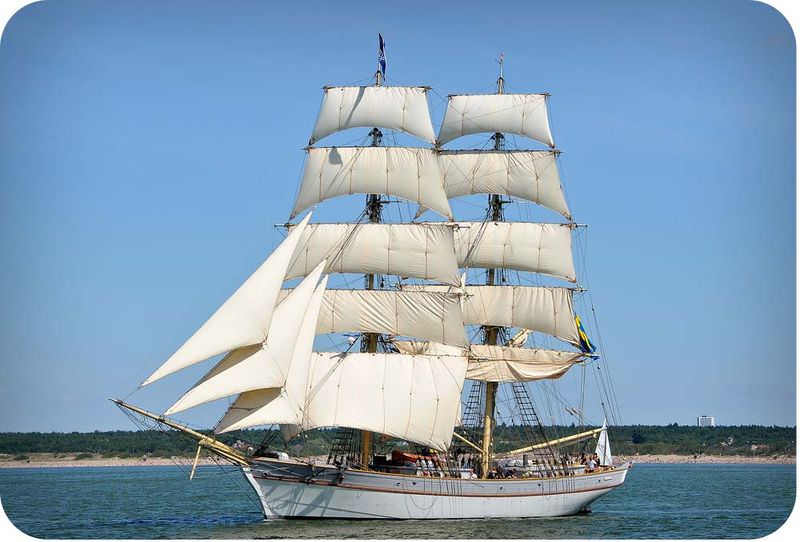 Would you like to go to the horse latitudes?

Imagine you're on a sailing ship that's carrying horses among other cargo. You want to go from Spain to northern South America. For a smooth ride west, you need to get the ship into the trade winds. But where the trade winds and the westerlies meet is a zone where air flows vertically downward. It's hard to get through there in a sailing ship. So your ship gets stuck. For weeks. There's no more water or food for the horses so you throw them overboard. Some people think this is where the horse latitudes got their name.

More Effects of Latitude on Climate

Global air currents cause global winds. The figure below shows the direction that these winds blow (Figure below). Global winds are the prevailing, or usual, winds at a given latitude. The winds move air masses, which causes weather.

The direction of prevailing winds determines which type of air mass usually moves over an area. For example, a west wind might bring warm moist air from over an ocean. An east wind might bring cold dry air from over a mountain range. Which wind prevails has a big effect on the climate. What if the prevailing winds are westerlies? The westerlies blow from nearer the Equator to farther from the Equator. How would they affect the climate? 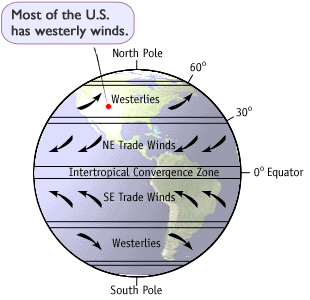 The usual direction of the wind where you live depends on your latitude. This determines where you are in the global wind belts.

Global air currents affect precipitation. How they affect it varies with latitude (Figure below). Where air rises, it cools and there is precipitation. Where air sinks, it warms and causes evaporation. These patterns are part of the global wind belts. 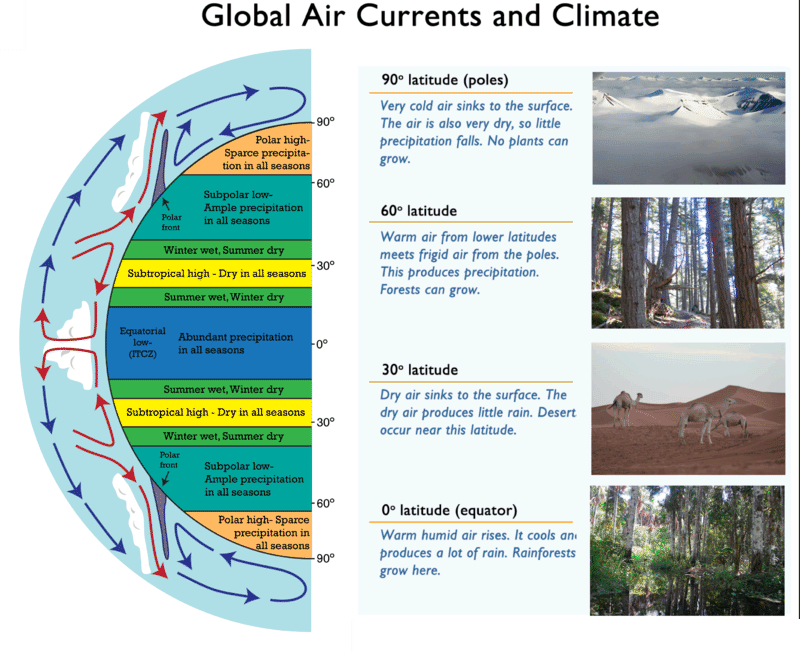 Global air currents are shown on the left. You can see how they affect climate on the right.

"Five Factors that Affect Climate" takes a very thorough look at what creates the climate zones. The climate of a region allows certain plants to grow, creating an ecological biome.