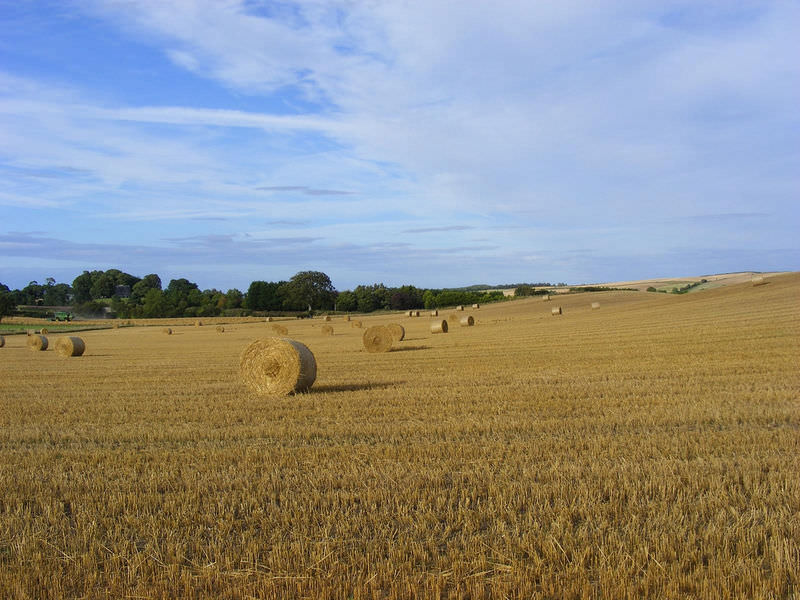 What is the human cost of warmer temperatures?

The average global temperature has been rising since the end of the Pleistocene, with some ups and downs, of course. Rising temperatures are natural for this time period. But natural causes cannot explain all the warming that's been happening. There is some other factor at work. 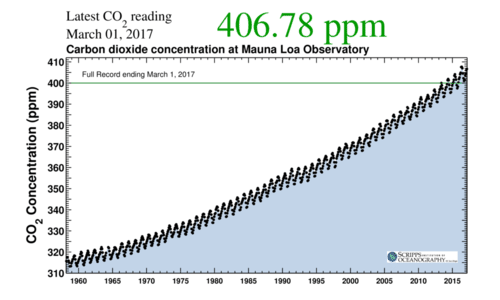 There are already many effects of global warming being seen. As Earth has gotten warmer, sea ice has melted. This has raised the level of water in the oceans about 3 mm per year. The rate of sea level rise is now accelerating and might be more than 10 mm per year in 2100. Although this doesn’t sound like much, added together over the years it can be a lot. The greatest danger from flooding will be when storm surge is added to the top of higher sea levels. 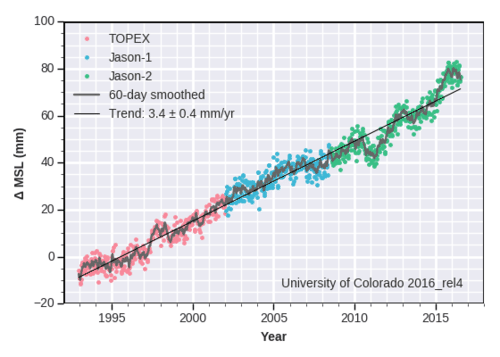 The overall trend in sea level since 1870; it has risen about 9 inches.

The extent of Arctic sea ice in summer has been decreasing rapidly. The ice pictured below is the sea ice minimum in 2016 (Figure below). The yellow line is the median minimum ice extent for 1981–2010. 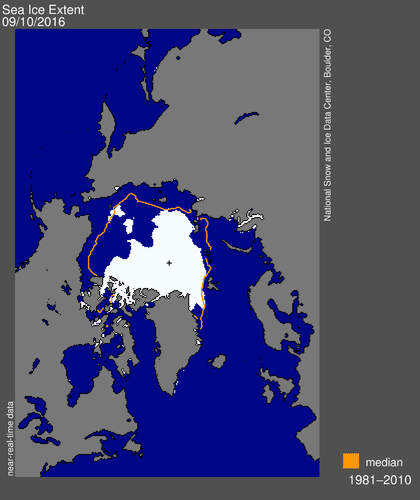 The sea ice minimum for 2016 (pictured) was the third lowest on record, with 2012 as the lowest. 2017 was slightly higher, although records have not been updated.

Other effects of global warming include more extreme weather. Earth now has more severe storms, floods, heat waves, and droughts than it did just a few decades ago. Many living things cannot adjust to the changing climate. Coral reefs in many parts of the world are struggling to survive. Species are moving uphill where temperatures are cooler. Those at the top of the mountain are being run off. Migration and egg-laying behaviors in birds are off of their normal. There are many more examples of the effects of changing climate.