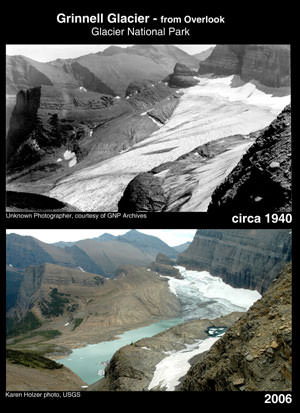 How can things change so quickly?

Glaciers and ice sheets are melting. This can be seen clearly in photographs. The glaciers advanced during the Pleistocene ice age. They have been melting back since then, except for during the Little Ice Age. However, the rate of melting has increased tremendously in recent decades. 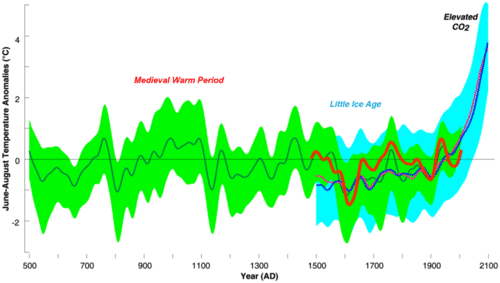 Earth’s temperature. Different sets of data all show an increase in temperature since about 1880 (the Industrial Revolution).

Since the mid 1800s, Earth has warmed up quickly (Figure below). By end the of 2017, 17 of the 18 hottest years on record have all occurred since 1998! This temperature rise is what is usually meant by global warming.