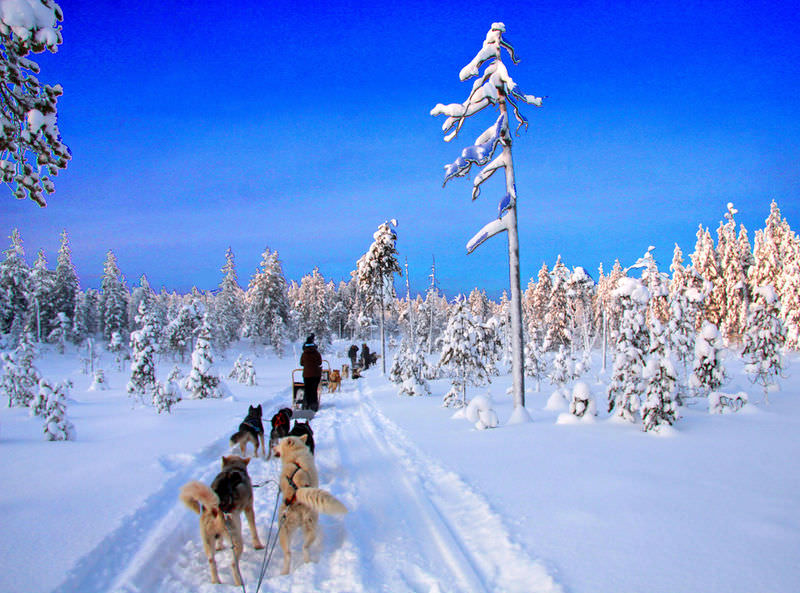 "The future kind of scares me, just thinking about how we're going to survive." says 18-year old Harlie Potter, an Inuit living in the autonomous area of Nunatsiavut in Newfoundland, Canada. Native people in the Arctic see changes much more than people in lower latitudes. Warming is occurring more rapidly in the polar regions.

How Will Climate Change in the Future? 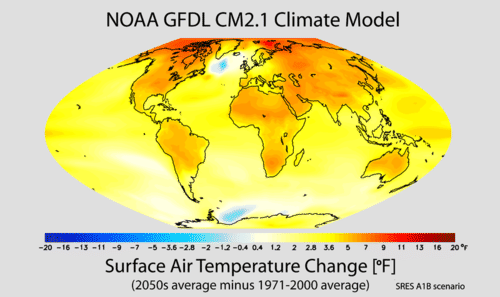 The Arctic will experience the greatest temperature changes.

As temperature rises, more sea ice will melt. The figure below shows how much less sea ice there may be in 2050 if temperatures keep going up (Figure below). This would cause sea level to rise even higher. Some coastal cities could be underwater. Millions of people would have to move inland. How might other living things be affected? 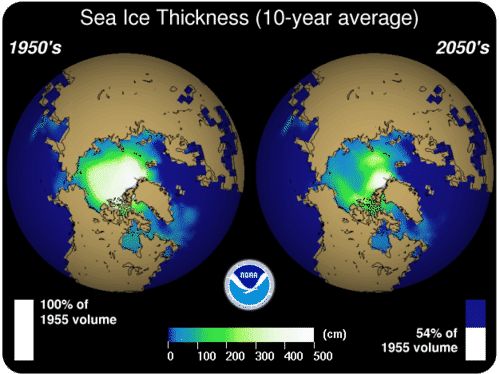 Plants and animals will move or die out. Some will thrive in a warmer world, but most will not. The biosphere may become quite different.

These are only a few of the impacts warmer temperatures will have. The vast majority of scientists agree that this is what is happening.