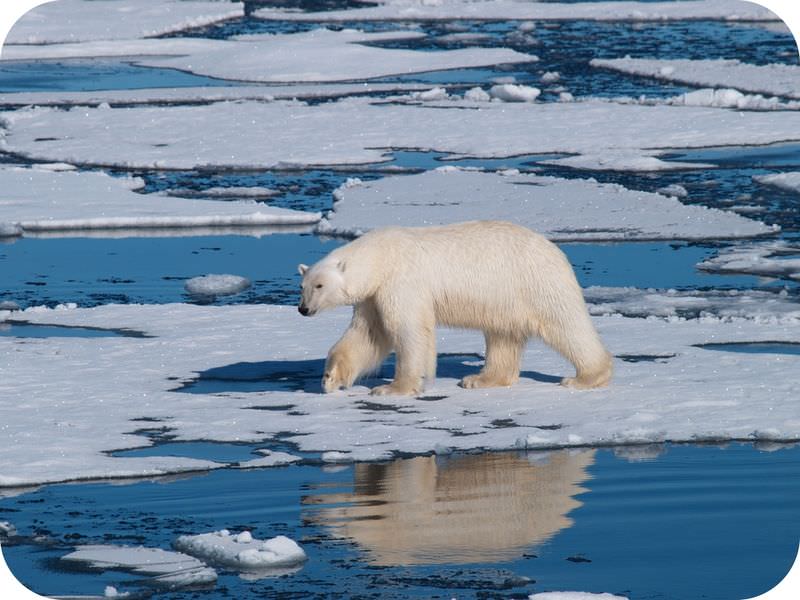 What can the polar bear do?

Polar bears evolved to hunt from ice. As arctic ice melts, polar bears are having a harder time finding food. Polar bears can adapt to finding food in other locations, like garbage dumps--unhealthy and unsustainable food sources. But they can't do anything about reducing global warming. Humans are responsible for greenhouse gas emissions, so humans can reduce those emissions. It's not too late to get started.

The Clean Air Act of 1970 was crucial for reducing air pollution in the United States. The Clean Water Act of 1970 did the same for reducing water pollution. The Montreal Protocol was even more important in some ways. This treaty was the first time many countries came together to solve a problem. They created a good plan for reducing substances that destroy the ozone layer.

A stricter agreement must be reached very soon. By doing nothing we are actively harming the earth—continuing to raise greenhouse gas levels and failing to prepare for the coming environmental changes. Efforts to limit greenhouse gas emissions are mired in politics. Meanwhile, crucial time is being lost.

There are several possible ways to encourage organizations to reduce carbon dioxide emissions. They include cap-and-trade systems, carbon taxes, and carbon sequestration. 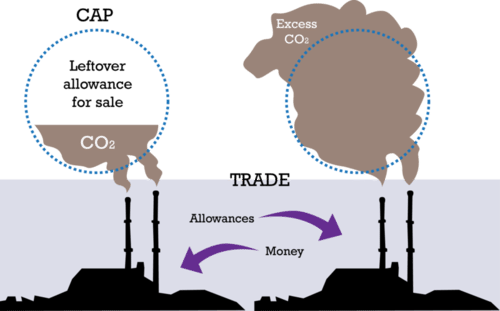 This diagram shows how a cap-and-trade system works.

New technologies can be developed. Renewable energy sources emit fewer or no greenhouse gases. These sources are discussed in the chapter Natural Resources.

What You Can Do

Reducing the amount that temperatures will rise will take all nations working together. But individuals can make a difference. What can you do? Many of the same things that you do to reduce air pollution.