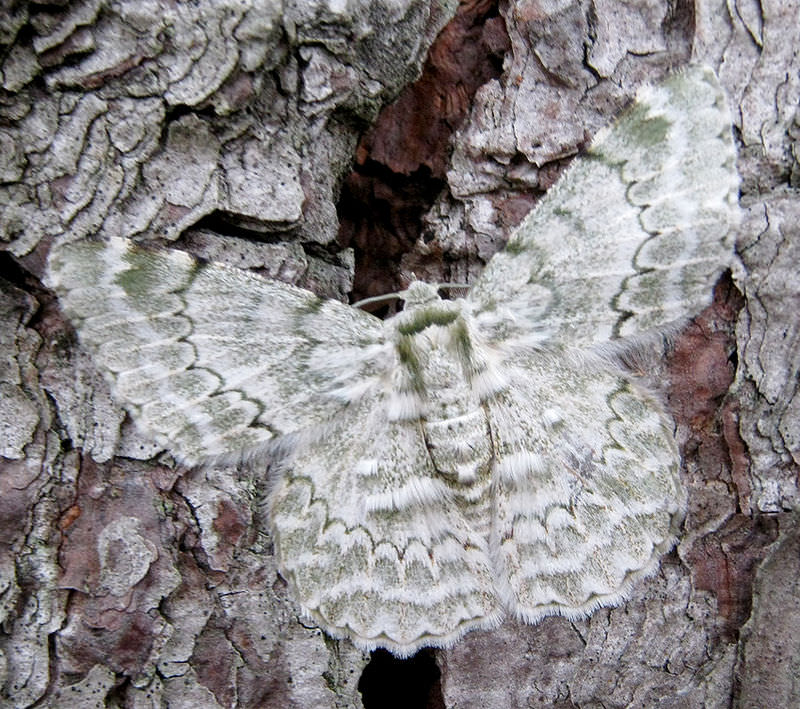 Why would an organism match its background? Wouldn't it be better to stand out?

There are variations in the traits of a population. For example, there are lots of variations in the color of human hair. Hair can be blonde, brown, black, or even red. Hair color is a trait determined by genes.

At some time in the past, a variation probably came from a mutation. A mutation is a random change in an organism's genes (Figure below). Mutations are natural. Some are harmful, but many are neutral. If a mutation is harmful, the organism may not live to reproduce. If the mutation is beneficial, that organism may have a better chance to survive. An organism that survives is likely to have offspring. If it does, it may pass the mutation on to its offspring. The offspring may be more likely to survive. 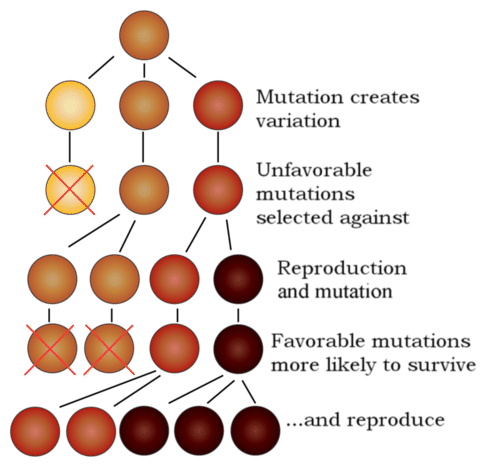 Genetic mutation is central to the creation of biological diversity.

Many adaptations protect organisms from the external environment (Figure below). 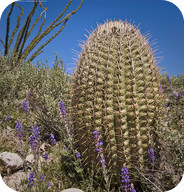 Cacti have thick, water-retaining bodies that help them conserve water.

Other adaptations help an organism move or gather food. Reindeer have sponge-like hooves that help them walk on snowy ground without slipping and falling. Fish at the bottom of the ocean are tiny and use very little energy because there is very little food. Organisms have special features that help them avoid being eaten. Some plants have poisonous or foul-tasting substances in them that keep animals from eating them. Their brightly colored flowers serve as a warning. The same is true of some frogs, which can be poisonous (Figure below). 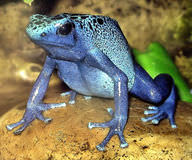 Poison dart frogs have toxins in their skin. Their bright colors warn potential predators not to take a bite!

Adaptations develop this way. Think about a population of oak trees. Imagine that a fungus has arrived from Asia to North America. Most of the North American oak trees are killed by the fungus. But a few oak trees have a mutation that allows them to survive the fungus. Those oak trees are better adapted to the new environment than the others. Those trees have a better chance of surviving. They will probably reproduce. The trees may pass on the favorable mutation to their offspring. The other trees will die. Eventually, the population of oak trees will change. Most of the trees will have the trait to survive the fungus. This is an adaptation. Over time, traits that help an organism survive become more common. Traits that hinder survival eventually disappear.

Thousands of northern elephant seals—some weighing up to 4,500 pounds—make an annual migration to breed each winter at Año Nuevo State Reserve in California. Marine biologists are using high-tech tools to explore the secrets of these amazing creatures.