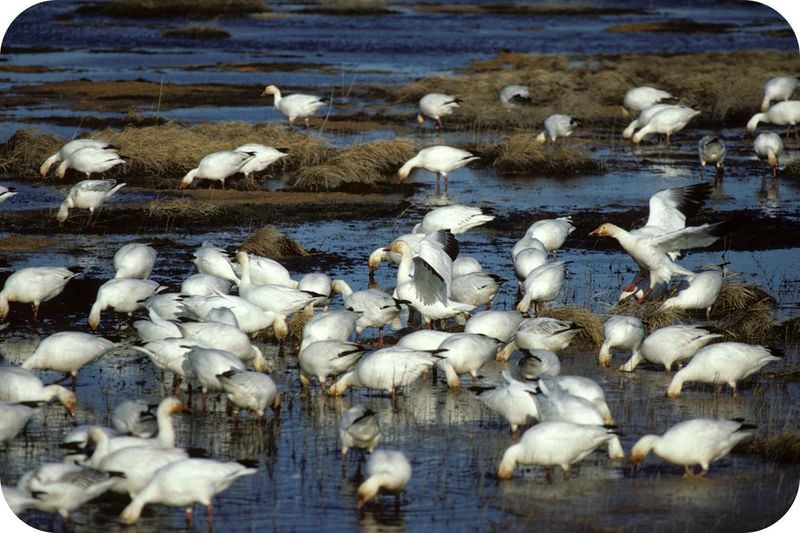 How many geese are the right number for this area?

As many as can survive and have healthy offspring! The figure above shows a flock of snow geese at the Kenai National Wildlife Refuge. Their population will tend to grow as big as it can for the resources available. Once it is too large, some of its members will die off. This keeps the population size at the right number.

A population usually grows when it has what it needs. If there’s plenty of food and other resources, the population will get bigger. Refer to the table below (Table below); it shows how a population of bacteria grew. A single bacteria cell was added to a container of nutrients. Conditions were ideal. The bacteria divided every 30 minutes. After just 10 hours, there were more than a million bacteria! Assume the bacteria population keeps growing at this rate. How many bacteria will there be at 10.5 hours? Or at 12 hours?

If the birth rate is less than the death rate, r is negative. This means that the population is becoming smaller. What do you think might cause this to happen? 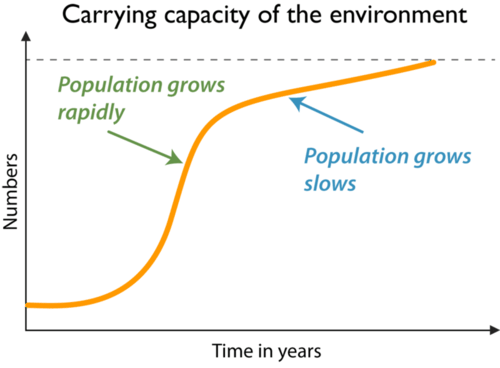 A population can’t get much larger than the carrying capacity. What might happen if it did?