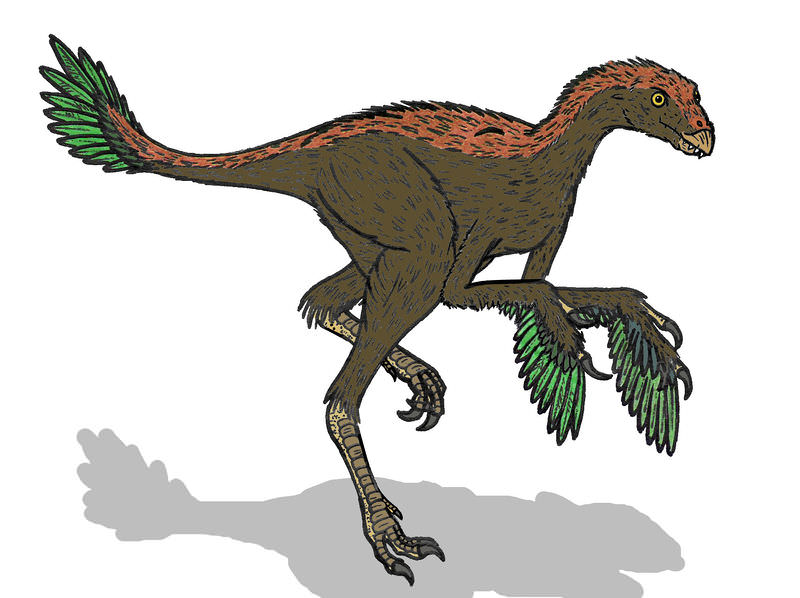 The Precambrian and Paleozoic Earth would probably not be recognizable. How about if you visited the Mesozoic? The planet would look a lot more like it does today. Animals would fill the niches you're used to seeing animals fill. But the animals would be mostly reptiles. So things wouldn't be so familiar after all.

The Paleozoic ended with a mass extinction. This left lots of habitats available for new organisms. Adaptive radiation by reptiles filled these habitats. The Mesozoic Era was the age of reptiles. The planet was generally warmer than it is now. This climate was very good for reptiles.

Reptiles developed adaptations for living away from water. Their thick skin keeps them from drying out. The evolution of the amniote egg allowed them to lay their eggs on dry land. The amniote egg has a shell and contains all the nutrients and water required for the developing embryo (Figure below).

Earth in the Mesozoic was populated by an enormous diversity of reptiles. Most of the reptiles were dinosaurs. Dinosaurs reigned the planet for 160 million years. They had tremendous numbers and diversity. Some were small, and some were very large (Figure below). Some were peaceful plant eaters. Some were extremely frightening meat eaters. Some dinosaurs developed protection, such as horns, spikes, tail clubs, and shielding plates. These adaptations were defense against active predators.

Species of dinosaurs filled all the niches that are currently filled by mammals. Most dinosaurs lived on land. Still, pterosaurs flew the skies. Plesiosaurs and ichthyosaurs swam in the oceans (Figure below). Feathered dinosaurs gave rise to birds.

Some examples of Mesozoic dinosaurs include this Tyrannosaurus rex, pictured with two Gallimimus.

Scientists now think that some dinosaurs were endotherms (warm-blooded). There is a lot of evidence for this hypothesis. Some dinosaurs lived in very cold regions. Many dinosaurs grew fast and were very active. Dinosaur bones had canals, like birds. Some dinosaurs stood upright and had big brains. These features are more typical of endotherms.

Rise of the Mammals

Mammals appeared near the end of the Triassic.

The most famous mass extinction was 65 million years ago. Between the Mesozoic Era and the Cenozoic Era, about 50% of all animal species died off. This mass extinction is when the dinosaurs became extinct. Most scientists think that the extinction was caused by a giant meteorite that struck Earth. The impact heated the atmosphere until it became as hot as a kitchen oven. Animals roasted. Dust flew into the atmosphere and blocked sunlight for a year or more. This caused a deep freeze and inhibited photosynthesis. Sulfur from the impact mixed with water in the atmosphere. The result was acid rain. The rain dissolved the shells of the tiny marine plankton that form the base of the food chain. With little food being produced, animals starved.