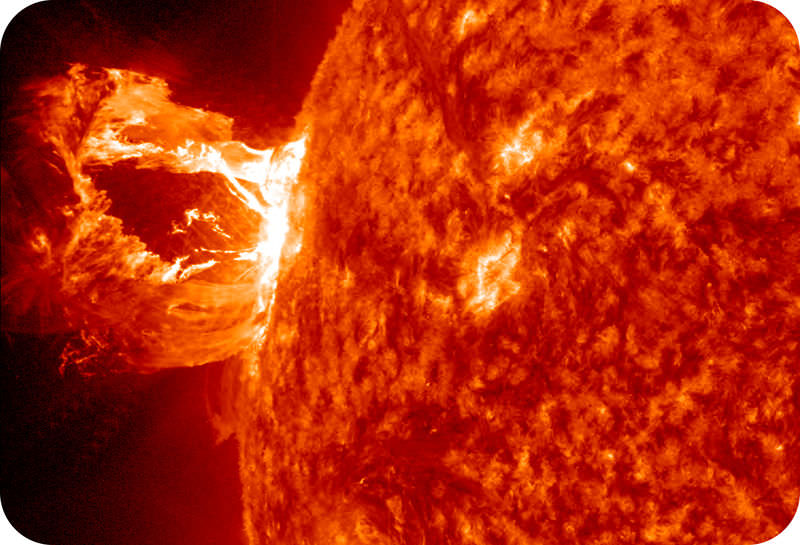 Is the Sun always the same?

For most of human history, people thought the Sun didn't change much. But technology has offered us a window into the Sun's life. SOHO and other technologies allow us to observe incredible sunspots, flares, and prominences. Some of these are featured in this concept.

Surface Features of the Sun

The Sun has many incredible surface features. Don't try to look at them, though! Looking directly at the Sun can cause blindness. Find the appropriate filters for a pair of binoculars or a telescope and enjoy!

The most noticeable magnetic activity of the Sun is the appearance of sunspots. Sunspots are cooler, darker areas on the Sun’s surface (Figure below). Sunspots occur in an 11-year cycle. The number of sunspots begins at a minimum. The number gradually increases to the maximum. Then the number returns to a minimum again. 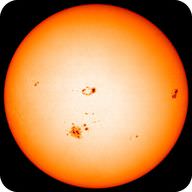 The darker regions in this image are sunspots.

A loop of the Sun’s magnetic field may break. This creates solar flares. Solar flares are violent explosions that release huge amounts of energy (Figure below). The streams of high energy particles they emit make up the solar wind. Solar wind is dangerous to spacecraft and astronauts. Solar flares can even cause damage on Earth. They have knocked out entire power grids and can disturb radio, satellite, and cell phone communications.

The solar flare is the bright area in the lower right.

NASA's Solar Dynamics Observatory (SDO) was launched on February 11, 2010. SDO is studying the Sun’s magnetic field. This includes how the Sun affects Earth's atmosphere and climate. SDO provides extremely high resolution images. The craft gathers data faster than anything that ever studied the Sun.