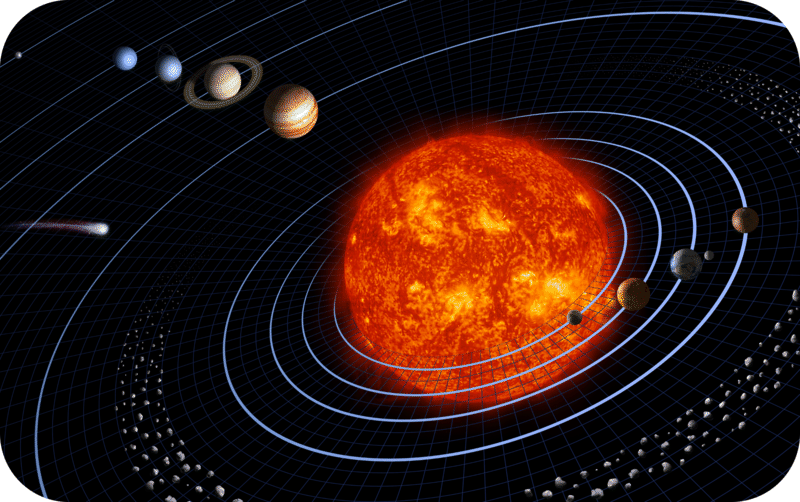 "Accordingly, since nothing prevents the earth from moving...

...I suggest that we should now consider also whether several motions suit it, so that it can be regarded as one of the planets. For, it is not the center of all the revolutions." - Nicolaus Copernicus

The Size and Shape of Orbits

Figure below shows the relative sizes of the orbits of the planets, asteroid belt, and Kuiper belt. In general, the farther away from the Sun, the greater the distance from one planet’s orbit to the next. The orbits of the planets are not circular but slightly elliptical, with the Sun located at one of the foci (see opening image). 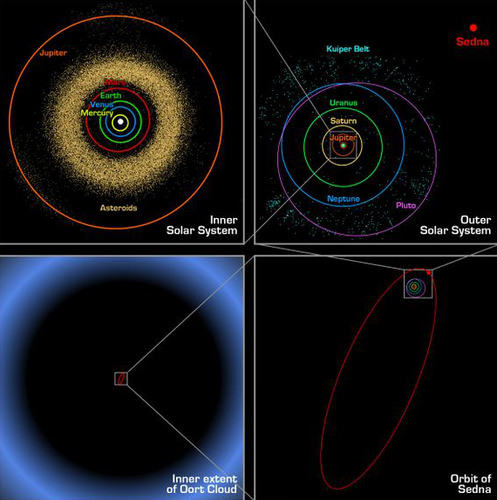 The relative sizes of the orbits of planets in the solar system. The inner solar system and asteroid belt is on the upper left. The upper right shows the outer planets and the Kuiper belt.

While studying the solar system, Johannes Kepler discovered the relationship between the time it takes a planet to make one complete orbit around the Sun, or its "orbital period," and the distance from the Sun to the planet. If the orbital period of a planet is known, then it is possible to determine the planet’s distance from the Sun. This is how astronomers without modern telescopes could determine the distances to other planets within the solar system.