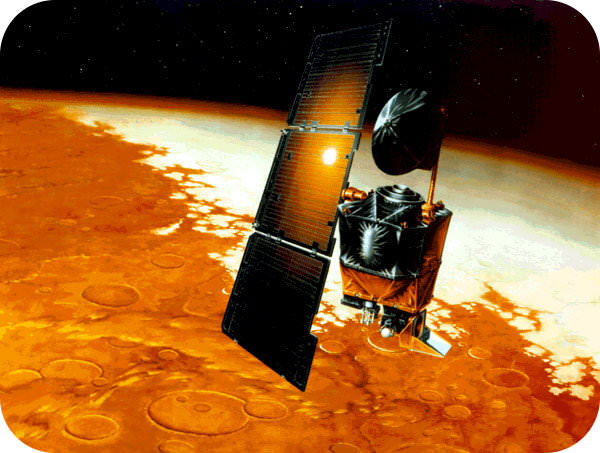 What's better than a field trip?

All of the inner planets are orbited by man-made satellites. Jupiter and Saturn have man-made satellites too. We can see what the planets look like from the photos they take. The satellites also carry instruments that collect a lot of important data. This is better than taking a field trip to such hostile places. You can learn a lot while sitting on your own, very comfortable planet!

The four planets closest to the Sun—Mercury, Venus, Earth, and Mars—are the inner planets or terrestrial planets (Figure below). They are similar to Earth. All are solid, dense, and rocky. None of the inner planets has rings. Compared to the outer planets, the inner planets are small. They have shorter orbits around the Sun and they spin more slowly. Venus spins backward and spins the slowest of all the planets.

All of the inner planets were geologically active at one time. They are all made of cooled igneous rock with inner iron cores. Earth has one big, round moon, while Mars has two very small, irregular moons. Mercury and Venus do not have moons.

This composite shows the relative sizes of the four inner planets. From left to right, they are Mercury, Venus, Earth, and Mars. 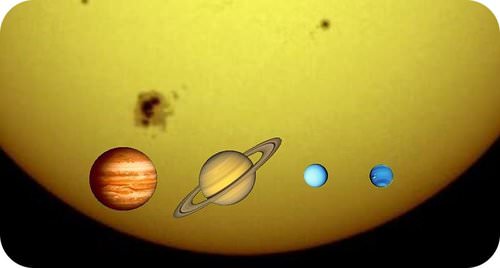 This image shows the four outer planets and the Sun, with sizes to scale. From left to right, the outer planets are Jupiter, Saturn, Uranus, and Neptune.

All of the outer planets have numerous moons. They also have planetary rings made of dust and other small particles. Only the rings of Saturn can be easily seen from Earth.