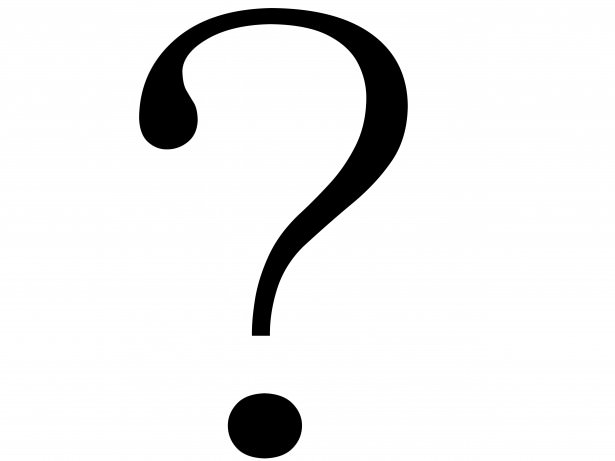 Does science explain everything?

There are many things that science does not understand yet. There are some things that science may never understand. Science deals with things that are very far away. Or very old. Or that have left few traces of their existence. Some of the most difficult topics to study are in cosmology. The questions are age-old: What formed the Universe? What will be the fate of the Universe? These are exciting questions to work on! Dark matter and dark energy are two topics that are important to them.

We see many objects out in space that emit light. We see other objects that emit other types of electromagnetic radiation. The matter we can see is contained in stars. The stars are contained in galaxies. Scientists think that stars and galaxies make up only a small part of the matter in the Universe. The rest of the matter is called dark matter.

Dark matter doesn’t emit light, so we can’t see it. We know it is there because it affects the motion of objects around it. For example, astronomers measure how spiral galaxies rotate. The outside edges of a galaxy rotate at the same speed as parts closer to the center. This can only be explained if there is a lot more matter in the galaxy than we can see. The way light bends around a very distant supermassive object is also due to dark matter (Figure below). 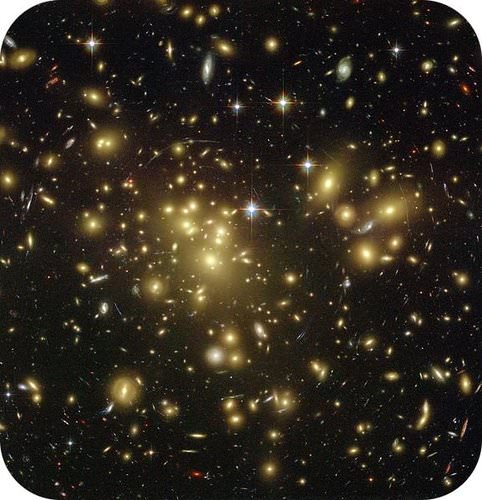 The arc around the galaxies at the center of this image is caused by gravitational lensing. The addition of gravitational pull from dark matter is required to explain this phenomenon.

What is Dark Matter?

What is dark matter? Actually, we don’t really know. Dark matter could just be ordinary matter, like what makes up Earth. The Universe could contain lots of objects that don’t have enough mass to glow on their own. There might just be a lot of black holes. Another possibility is that the Universe contains a lot of matter that is different from anything we know. If it doesn’t interact much with ordinary matter, it would be very difficult or impossible to detect directly.

We know that the Universe is expanding. Astronomers have wondered if it is expanding fast enough to escape the pull of gravity. Would the Universe just expand forever? If it could not escape the pull of gravity, would it someday start to contract? This means it would eventually get squeezed together in a big crunch. This is the opposite of the Big Bang.

Scientists may now have an answer. Recently, astronomers have discovered that the Universe is expanding even faster than before. What is causing the expansion to accelerate? One hypothesis is that there is energy out in the Universe that we can’t see. Astronomers call this dark energy. We know even less about dark energy than we know about dark matter. Some scientists think that dark energy makes up more than half of the Universe.

Meet one of the three winners of the 2011 Nobel Prize in Physics, Lawrence Berkeley Lab astrophysicist Saul Perlmutter. He explains how dark energy, which may make up 70 percent of the Universe, is causing our Universe to expand.

Science Friday: 4850 Feet Below: The Hunt for Dark Matter

Why is there a laboratory 4850 feet below the surface? It turns out the depth is a necessary component of the extremely sensitive detector called the Large Underground Xenon experiment. In this video by Science Friday, several scientists explain how this detector helps physicists look for extremely rare particles.