Overview of the Consonant Sound [z] 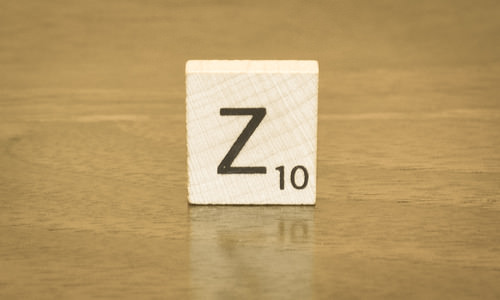 You can hear the sound [z] at the beginning and end of zebras.

Each of the strings of letters below can be unscrambled to spell a word containing the sound [s] or [z]. We've told you in each case whether the word contains [s] or [z]:

Most of the time [z] is spelled <s> or <z>. It is difficult to write any clear-cut rules for telling when [z] should be <s> and when it should be <z>. But here are three useful observations:

You can hear the sound [z] at the beginning and end of the word zebras.

The Homophones phase and faze

Phase is most often used as noun that refers to a stage in a process or the various appearances that a person or thing may have, as in “He's in his rebellious phase.” It comes from the Greek word ϕα´σ∣ς, phasis, which meant “appearance.” Our word phase is closely related to words like phantom, phenomenon, and emphasis, all of which come from that same Greek phasis and have the same <ph>, representing the Greek letter phi, ϕ.

Faze is most often used as a verb that means “to disturb or upset someone,” as in “His insult didn't faze her one bit.” Faze comes from the Old English word fēsian, “to drive away.” It is not related to any other modern words, but there is at least a spelling connection with words like daze, craze, and amaze, all of which deal with disturbances to the mind of one kind or another.

There are several rare spellings of [z], including <ss> and <zz>.

The sound [z] is spelled <ss> only rarely, and the <ss> is always in the middle of the word like scissors.

A few other rare spellings of [z] are as follows.

In the word asthma [z] is spelled <sth>.

Finally, the letter <x> at the beginning of words normally spells [z], such as in these words: