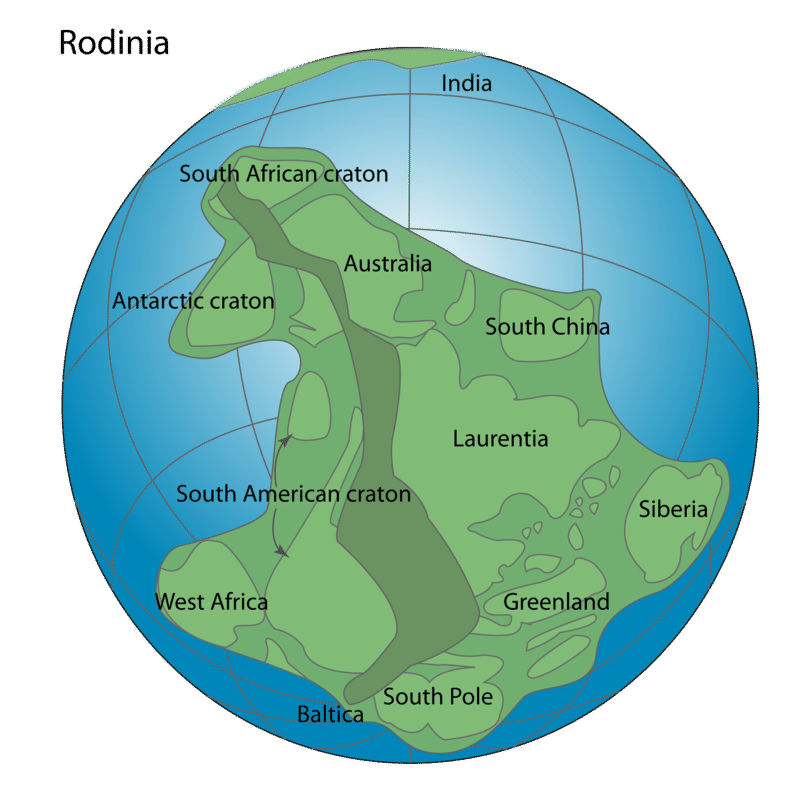 The existence of Wegener’s supercontinent Pangaea is completely accepted by geologists today. The movements of continents explain so much about the geological activity we see. But did it all begin with Pangaea? Or were there other supercontinents that came before? What does the future of the continents hold?

Wegener had lots of evidence for his continental drift hypothesis. One line of evidence was the similarity of the mountains on the west and east sides of the Atlantic. Those mountains rose at convergent plate boundaries. The continents on both sides of the ocean (where the Atlantic is now) smashed together to create Pangaea. The proto-Atlantic ocean shrank as the Pacific Ocean grew.

The Appalachian mountains of eastern North America formed at this convergent plate boundary (Figure below). About 200 million years ago, they were probably as high as the Himalayas. 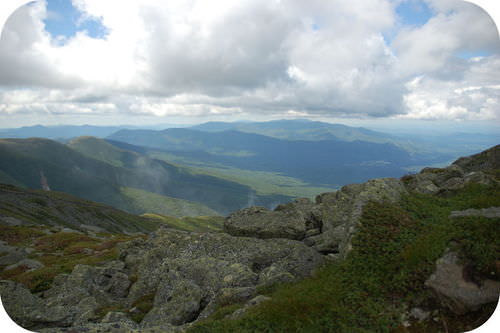 The Appalachian Mountains in New Hampshire.

Pangaea has been breaking apart since about 250 million years ago. Divergent plate boundaries formed within the continents to cause them to rift apart. The continents are still moving apart. The Pacific is shrinking as the Atlantic is growing. The Appalachians (Figure below) are now on a passive margin. The mighty mountains have weathered and eroded to what they are today. 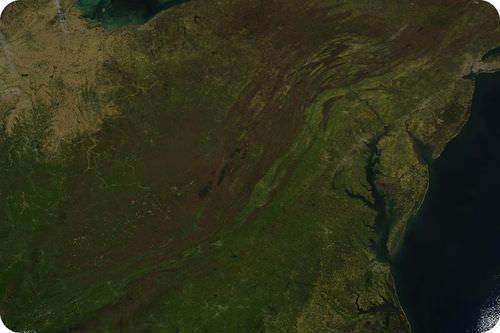 The Appalachians along the eastern U.S. These mountains formed when North America and Eurasia collided as Pangaea came together.