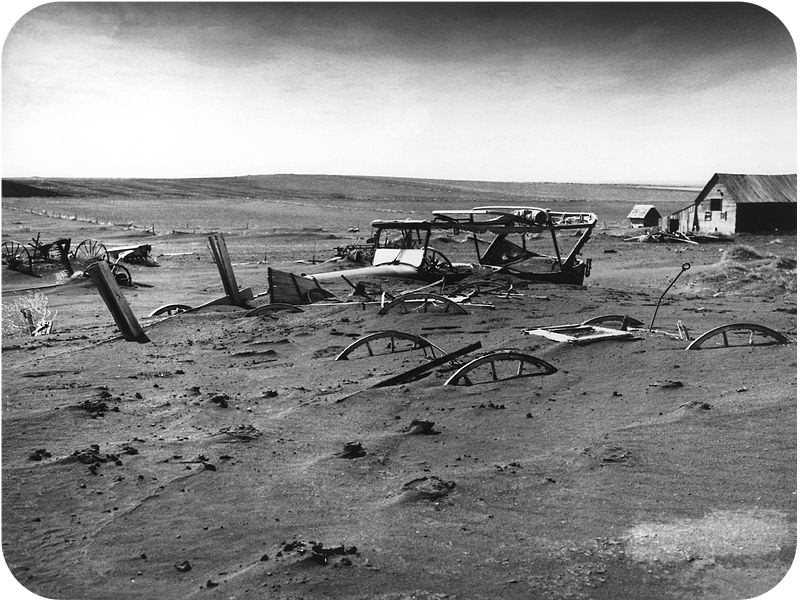 The worst heat wave in U.S. history came in 1936. The already struggling Midwest was hit hard by extreme temperatures and drought. Soil lost moisture so it blew away. Crops were destroyed, and more than 5,000 people died. The Western US is currently suffering with drought with different, but severe, consequences.

A heat wave is different depending on its location. A region has a heat wave if it has more than five consecutive days of temperatures that are more than 9oF (5oC) above average. A heat wave in Portland, Oregon might be just an average warm week in Phoenix, Arizona.

Heat waves have increased in frequency and duration in recent years. The summer 2011 North American heat wave brought record temperatures across the Midwestern and Eastern United States. Many states and localities broke records for temperature and for the most days above 100oF.

A high pressure cell sitting over a region with no movement is the likely cause of a heat wave.

What do you think caused the heat wave in the image below (Figure below)? A high pressure zone kept the jet stream farther north than normal for August. 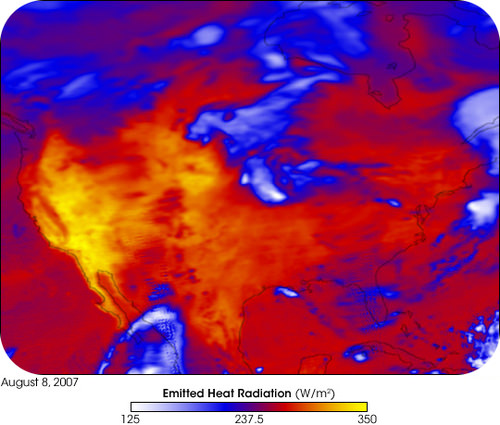 A heat wave over the United States as indicated by heat radiated from the ground. The bright yellow areas are the hottest, and the blue and white are coolest. Drought has many consequences. Recent droughts in the western US have weakened trees, making them vulnerable to the spread of beetles, which kill them. Entire forests are now brown with dead trees. When trees and brush are dry, wildfires spread more easily. California and other western states have experienced devastating wildfires in recent years.

Droughts also depend on what is normal for a region. A region that gets significantly less precipitation than normal for an extended period of time is in drought. The Southern United States is experiencing an ongoing and prolonged drought.

Drought has many consequences. When soil loses moisture it may blow away. This happened during the Dust Bowl in the United States in the 1930s. Forests may be lost, dust storms may become common, and wildlife are disturbed. Wildfires become much more common during times of drought.

Tags recommended by the template: article:topic