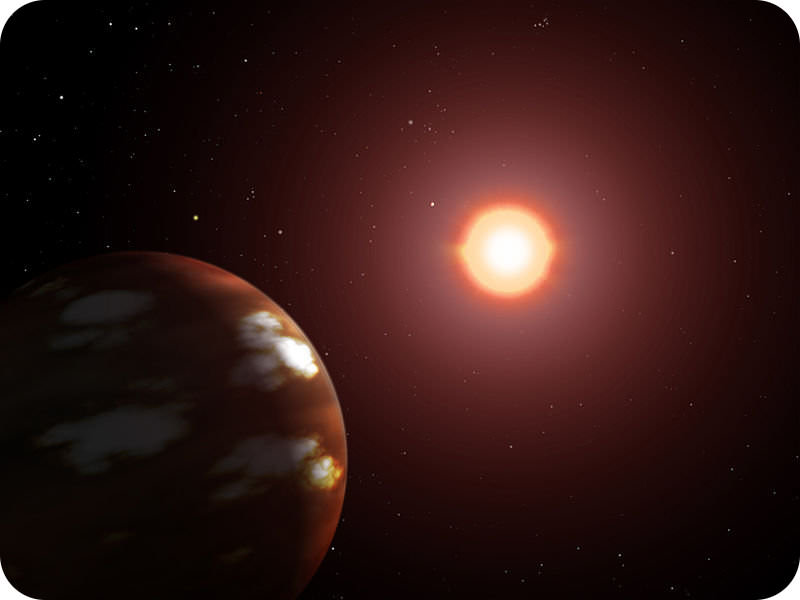 Are you surprised by exoplanets?

Scientists have always thought there had to be planets outside our solar system. They just couldn't see them. Now that there are ways to find exoplanets, it turns out that there are many of them. In this artist's depiction, the star Gliese 436 is a dwarf star and is reddish because it is cool. The planet has recently been discovered. It is the size of Neptune and orbits its star every 2.6 days.

Since the early 1990s, astronomers have discovered other solar systems. A solar system has one or more planets orbiting one or more stars. We call these planets “extrasolar planets,” or exoplanets. They are called exoplanets because they orbit a star other than the Sun. As of April 2014, more than 4,600 exoplanets have been found, with 1706 confirmed. The rate of discovery is increasing rapidly! 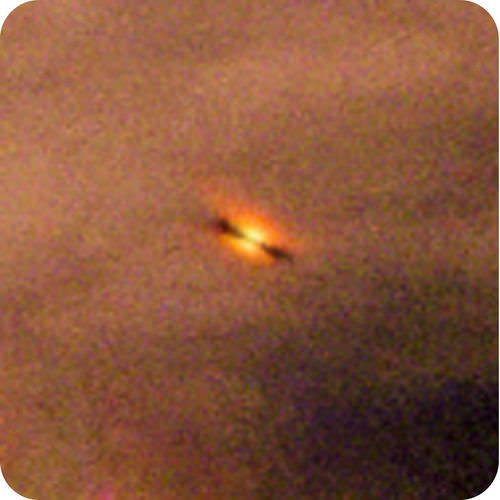 This protoplanetary disk in the Orion nebula will condense to form planets.

Exoplanets are very far away, and they are relatively tiny. So we have been able to take pictures of only a few exoplanets. Most are discovered because of some tell-tale signs. One sign is a very slight motion of a star that must be caused by the pull of a planet.

Another sign is the partial dimming of a star’s light as the planet passes in front of it.

If life exists elsewhere in the Universe, it is almost certainly on an exoplanet. Which exoplanets could have life? Probably those that are most like Earth. Kepler-22b is in the Earth-zone of a Sun-like star. This means that the planet is the right distance from its star for life. The planet could have liquid water, which is necessary for life on Earth. Scientists do not know if there is life on Kepler-22b and won't for a long time. It's fun to think about though! An artist's depiction of Kepler-22b is pictured below (Figure below).

Keppler-22b. Could there be life here?

According to NASA, a statistical analysis shows that the Milky Way galaxy contains 100 million planets. That's a lot of exoplanets!

What would the sky look like from another planet? In this video by Science Friday, artist Helena Kauppila explains how she makes drawings of the night sky as seen by other planets.