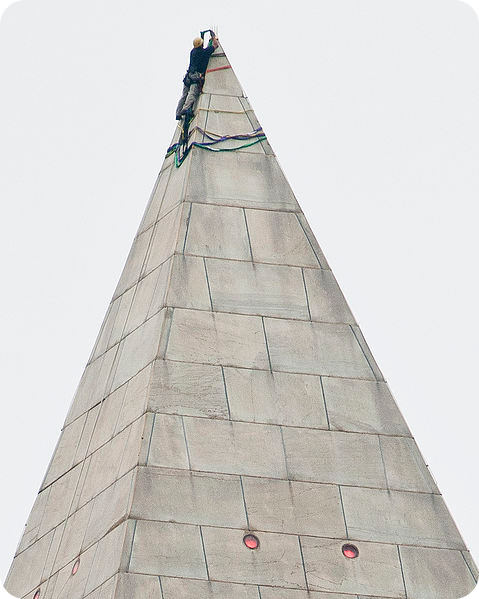 When can you go up in the Washington Monument again?

An earthquake in August 2011 in Virginia cracked the top of the Washington Monument. After 32 months of repair, the monument reopened to the public. Other sites in Washington, D.C., like the National Cathedral, were also damaged.

In August 2011, the eastern seaboard of the U.S. was rocked by a magnitude 5.8 earthquake. While not huge, most of the residents had never experienced an earthquake. Many didn't know what had happened!

This region is no longer part of an active plate boundary. But a few hundred million years ago, at the end of the Paleozoic, things were different. Continent-continent convergence was bringing Pangaea together. This region was being uplifted into the ancestral Appalachian mountains. There are still ancient faults that sometimes reactivate.

In 1812, a magnitude 7.5 earthquake struck near New Madrid, Missouri. The earthquake was strongly felt over approximately 50,000 square miles. The quake even altered the course of the Mississippi River. Because very few people lived in the area at the time, only 20 people died. Many more people live there today (Figure below). A similar earthquake today would undoubtedly kill many people and cause a great deal of property damage. The New Madrid Seismic Zone continues to be active. 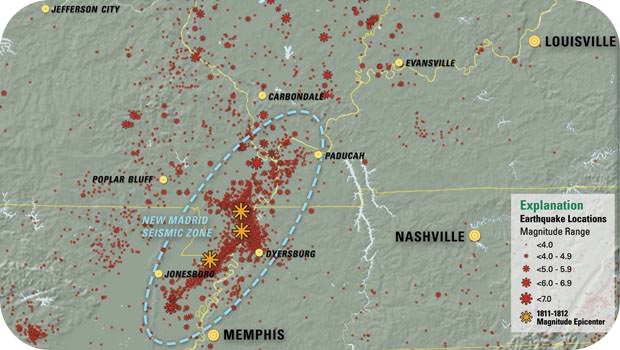 The New Madrid seismic zone is located in the interior of the North American plate (near Missouri, Arkansas, Tennessee, Kentucky, and Illinois).