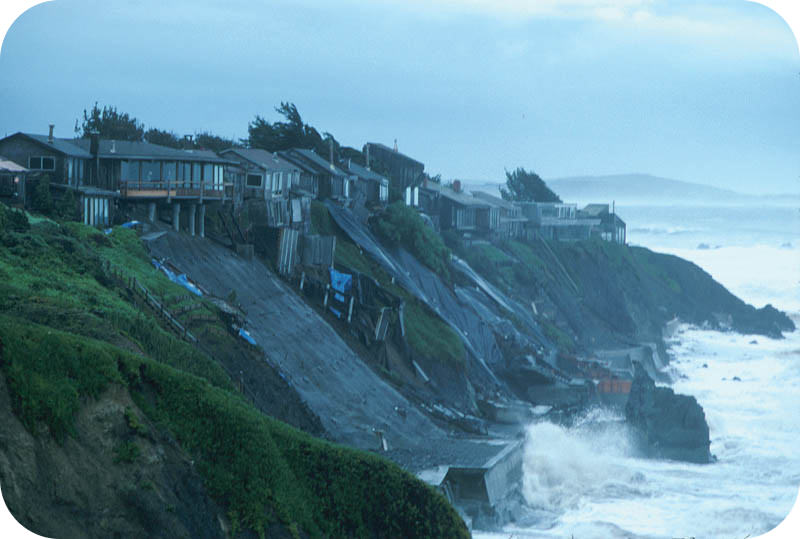 What are short term climate changes?

El Niño and La Niña bring about dramatic changes in climate for a year or two. In some locations, one brings rain and the other brings drought. In California, for example, El Niño years are full of snow and rain. La Niña years tend toward drought. These variations can bring tremendous changes to living creatures. Humans are also affected; for example, erosion from storms may be very high some years.

To understand El Niño and La Niña, you first need to know what happens in normal years (Figure below). 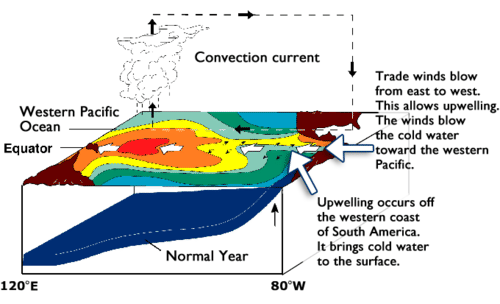 This diagram represents the Pacific Ocean in a normal year. North and South America are the brown shapes on the right.

During an El Niño, the western Pacific Ocean is warmer than usual. This causes the trade winds to change direction. The winds blow from west to east instead of east to west (Figure below). The change in the trade winds also causes the jet streams to be north of their normal location. The warm water travels east across the Equator, too. Warm water piles up along the western coast of South America. This prevents upwelling. Why do you think this is true?

These changes in water temperature, winds, and currents affect climates worldwide. The changes usually last a year or two. Some places get more rain than normal. Other places get less. In many locations, the weather is more severe. 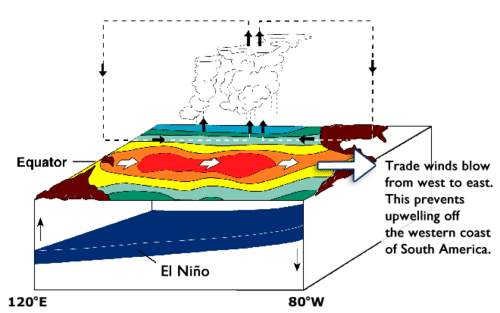 How do you think El Niño affects climate on the western coast of South America?

This ABC News video explores the relationship of El Niño to global warming. El Niño is named as the cause of strange weather across the United States in the winter of 2007.

La Niña (Figure below) generally follows El Niño. It occurs when the Pacific Ocean is cooler than normal. The trade winds are like they are in a normal year. They blow from east to west. But in a La Niña, the winds are stronger than usual. More cool water builds up in the western Pacific. These changes can also affect climates worldwide. 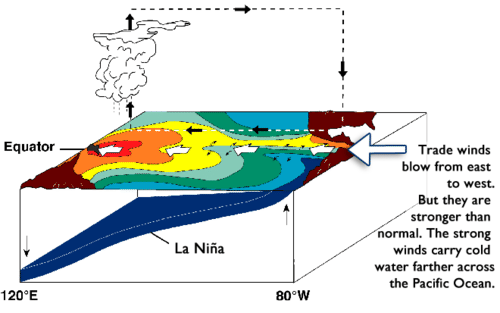 How do you think La Niña affects climate on the western coast of South America?

Some scientists think that global warming is affecting the cycle of El Niño and La Niña. These short-term changes seem to be cycling faster now than in the past. They are also more extreme.